Legendary! This Dad Binge-Watched His Son For The Whole Weekend 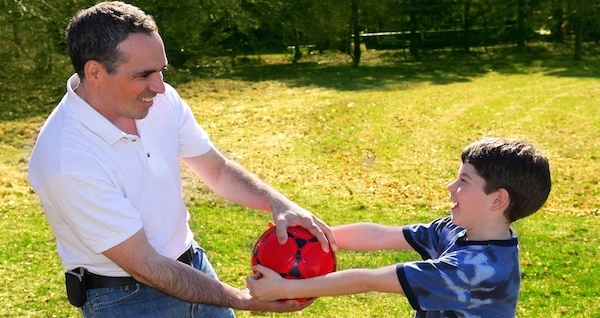 Harry Castelli catches up on his son after missing a season (namely, the fall).

Can you say epic? Boston resident Harry Castelli had been behind on his favorite son, Ian, so he decided to finally get all caught up on him by buckling down, canceling all his other plans, and binge-watching him, nonstop for the entirety of the weekend.

Now that’s dedication! 60 hours of uninterrupted son watching. Is your dad this rad? Throughout the course of the weekend, the proud papa watched his son eat breakfast, play a tee-ball game, and even watched him watch Phineas and Ferb. And as if that wasn’t enough, the two went on a hike up Great Barrington’s Monument Mountain on Sunday and looked out at the great view together!

Harry’s been a big Ian fan for years, but recently had been having difficulty carving out the time to watch him. Now thanks to the weekend-long binge, Harry is now completely caught up on Ian! So until Ian comes out with newer content for Harry to watch, Harry plans on taking a break from him and revisiting him a couple months down the road.

Awesome! While there are rumors as to what direction Ian will be taking his livelihood in the future, Ian has made no official statement, leading his superfan father to stipulate some fan theories about where he thinks Ian will be headed next.

“I bet he’s headed for third grade next, and will probably start playing basketball. Personally, I think he’s too young for a romantic interest, but who knows? Ian’s full of unexpected twists. I’m excited to see what direction he takes himself in.”

Dad knows best! Harry now plans to browse through the rest of his children with his wife Diana, until they either settle on which one the two can agree to watch next, or until they fall asleep.