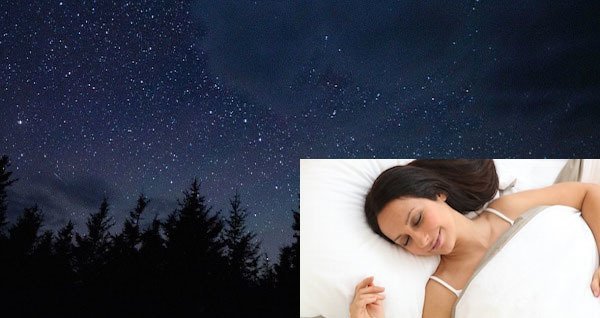 You could witness a celestial marvel…or you could not feel like crap on Wednesday.

With several meteoric marvels gracing the night sky throughout 2015, as well as the lunar eclipse of the “super blood moon” last September, this year presented numerous opportunities for people all over the world to yet again miss out on the chance to witness and reflect upon the vast scope of the universe.

With the annual Leonid meteor shower due on Tuesday, November 17th, astronomers confirm that this particular crossing of the Earth’s orbital path with a comet falls at a miraculously inconvenient time, coinciding with the precious hours of sleep preceding the weekly Hump Day phenomenon. “It’s an incredibly infrequent astronomical event,” said meteor expert Howard Kirshner, “but definitely not worth risking feeling tired the next day. To be honest, I’ll probably catch it on YouTube during my lunch break.”

However, since the comet responsible for tomorrow night’s show is about as far from the sun as possible, viewers will only see 10-20 showers per hour instead of thousands. Luckily, scientists have pointed out that it shouldn’t affect the majority of people’s experiences, since they would’ve slept through them either way. With the height of the event peaking at just before dawn, would-be stargazers should expect to feel bad, but not that bad.

“I remember staying up with my dad to watch the meteors fall when I was a kid,” recalls Tamra Meier of Little Rock, Arkansas. “That kind of thing was really exciting for me as an 8-year-old, but now…I mean, it’s a Tuesday, you know?”

For those planning to exercise the following morning, the chances of catching the spectacle are significantly slimmer. “I mean, I would, but I’ve been really kicking ass getting to my CrossFit in the mornings, says Debra Holmes of Cambridge, Massachusetts. “You know how it is, you miss one day and it just all goes to shit.”

The Leonid meteor shower can be seen on November 17, 2015, or anywhere on the Internet the next day.