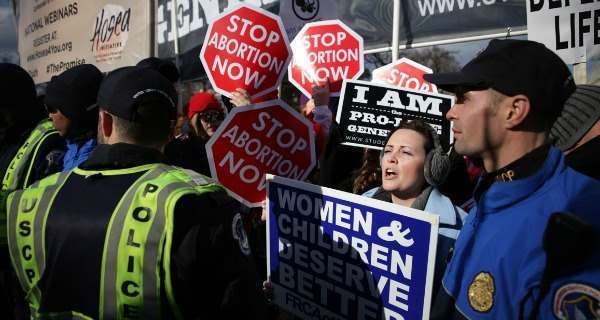 You’ve probably heard the phrase “Life begins at conception,” but for some, that’s not early enough. In an effort to restrict abortions, many pro-life advocates argue that the beginning of life should be redefined as the moment a couple thinks of conception.

Unsurprisingly, the idea of “thought conception” is gaining significant traction with conservatives in the wake of the Planned Parenthood video scandal. Republican presidential candidate Jeb Bush has even made it a part of his campaign platform.

“You get a young girl, some 16-year-old Suzy-beds-her-friends. As it stands, she can fornicate with reckless abandon because it’s consequence-free,” said the former governor of Florida.

“But what’s this? Little Suzy told her friend Heather in third grade that she wanted to marry Winthrop Dawson and have babies with him someday? Well guess what, that makes any baby of Suze the Cooz’s at least eight years old. Sorry, honey, but they don’t make a decade-after pill.”

Meanwhile, Donald Trump has his own thoughts on the subject. “I think the idea of aging people based on when their parents first thought about having them is a great idea. My soon-to-be fifth wife was born in 1999, but her mom was trying to get pregnant back in 1995. So conceptually, she’s totally legal.”

However, some conservatives like Ted Cruz don’t think that starting life at the idea of conception is taking things far enough and that life should start at the potential for life.

According to Cruz, every egg in a woman’s ovaries has the potential to become a human being. “I believe that every egg in a woman’s ovaries is a baby waiting to happen,” he said. “As a nation, we need to start classifying these so called ‘periods’ as the proto-abortions that they really are and work on putting a stop to them. How do we know that the cure for cancer isn’t stuffed at the bottom of some 15-year-old’s hamper? The sad truth is we don’t. Do we really want to take that chance?”