Wow! This Man Dug Up Marilyn Monroe’s Corpse To Prove Once And For All That All Bodies Are Beautiful 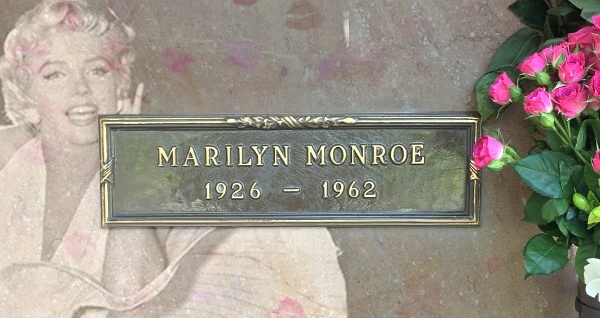 In a world where we’re completely inundated with waif-like models, fad dieting, and fat shaming, it can be harder than ever to feel good about what you’ve got. That’s why one brave California man, Roger Bochnak, decided to dig up the corpse of Marilyn Monroe and send an important lesson to women everywhere.

“I have a wife and a daughter, and I see the lengths they go to in order to attain the so-called ‘perfect’ body,” said Bochnak, “But I find them perfect just the way they are.” The sensitive husband and father decided he would sneak away in the middle of the night to Westwood Village Memorial Park Cemetery, where he hacked at the hard ground for several hours until he had fully exhumed the bony corpse of the former icon.

“A lot of people don’t know this, but Marilyn Monroe was actually a size 12-14!” said Bochnak. “Marilyn totally embraced curves as a natural part of life and femininity – I don’t know how we’ve fallen so far from the era where real women were sexy.”

Bochnak – who currently has Monroe’s pelvis, tibia, radius, femur, and three ribs in the back of his Dodge Durango – hopes his teenage daughter can grow up in a world where size doesn’t matter as much as wit, whimsy, and being true to yourself. “I think if I can just show her that Marilyn Monroe’s worm riddled bones aren’t a size zero, she’ll see that there are all types of beauty in this world,” he mused.

Bochnak noted that when he laid Monroe’s bones on his living room floor, her famous hourglass shape was immediately apparent. “Once I chipped away all the moss and dirt, you could really see what a normal, full-figure she had,” he recounted. “I hope her decaying carcass can send a message to today’s youth that real girls aren’t perfect, and perfect girls aren’t real.”

When asked if he thinks living plus-sized celebrities like Rebel Wilson and Gabourey Sidibe are also inspirations to young women, he responded, “Ugh, no. I want my kid to love herself if she’s a size eight…if she’s a size sixteen, we’ve got problems.”