Melania Still Working Up To Starting Her First 100 Days 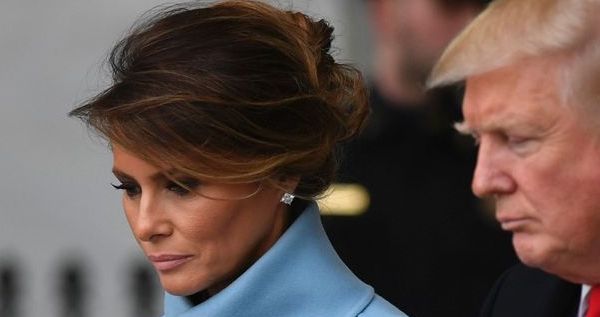 In a recently released memo, The White House has confirmed rumors that Melania Trump is still working up to starting her first 100 days as First Lady of The United States. According to the memo, “Both the President’s staff and staff of the ‘soon to start’ First Lady have been working diligently on getting to the point where both parties feel comfortable starting her first 100 days.”

Melissa McMan, Presidential Historian at Brown University, explains that “Traditionally the First Lady will live with her husband and family in The White House.” She continued, “In normal cases, love and affection are the main reason other humans live with their partner; really just any sense at all that you’d like to spend time with the person you committed your life to.”

Press Secretary Sean Spicer offered an explanation for the delay stating, “There are a lot of things to pack at Trump tower ya know?” He continued saying, “Past administrations may have just jumped into the First Lady job all willy-nilly, but Mrs. Trump may take months or even years to work up to living in the same state as her significant other.”

Sources close to Melania say she’s made a substantial effort to get “within even a 100-mile radius of her husband,” but things seem to keep popping up. “A lot of times something as small as losing a hair tie or living in abject terror of her husband’s volatile temper will prompt her to push back the start date of her first 100 days by weeks,” says an unnamed source.

When asked to comment on when she will start her first 100 days, Melania Trump could be seen shaking her hands next to her sides, taking deep, calculated breaths, and muttering, “You can do this, come on it’ll probably be less than four years.”

She then shakily stated, “Readiness and preparedness are keys to a successful beginning.” Our fact checkers looked into the statement to find that this was lifted from Michelle Obama’s 2012 book American Grown: The Story of the White House Kitchen in reference to best practices when planting tomatoes.