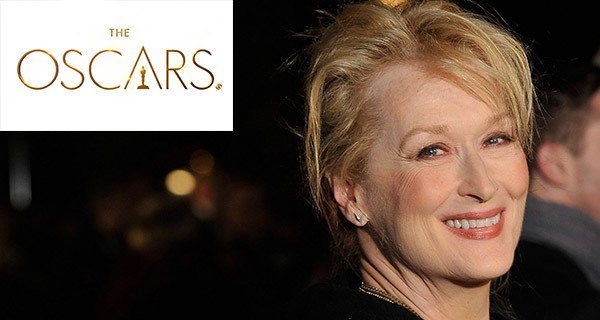 In response to a question about the lack of diversity on the Berlin Film Festival jury, Meryl Streep, who’s serving as the jury’s president, replied by asserting that, “After all, we’re all from Africa.” Since the tone-deaf remark so neatly echoes the recent #OscarsSoWhite controversy, the Academy has already responded by announcing that they’ve added Streep as a black presenter.

“We listened carefully to the public’s criticism of the lack of diversity in the show,” said a spokesperson for the Academy, Thomas Levinson. “After listening to Meryl’s comments, we realized it was important for her to be on that stage as an African. We actually already had her booked as a presenter, but now we’re grateful to have her officially listed as presenter of color.”

In addition to Meryl Streep, the Academy has also added Gwyneth Paltrow, Cate Blanchett, and Anne Hathaway to the roster of black presenters. “Now that we know everyone has African ancestry,” said Levinson, “it’s important we add as many new voices as possible. Thanks to Meryl, prioritizing diversity has become extremely easy. It was just so hard before.”

He enthusiastically added, “What’s even more exciting is that this means we’ve been diverse this whole time. If she’s right — and we’re 100% certain she is — then our organization is full of African Americans! So really, our diversity problem lay in the fact that we didn’t know just how diverse our existing membership was.”

Along with the changes in presenters, the Oscars have also added Suffragette to the Best Picture category. “With this new insight into the actresses’ heritage, the movie takes on a whole new significance. Meryl Streep, Carey Mulligan, Jessica Chastain, and all their other ‘previously white’ costars need to be recognized for the trailblazers they are.”

When asked why black actors’ performances in Straight Outta Compton, Beasts of No Nation, and Creed were not being added as well, a spokesperson replied, “It’s just not super relevant or relatable to the African American community, which I’m telling you as a person who has been African American this whole time.”

When challenged with the argument that even if Streep’s comment were true, it still doesn’t acknowledge the role skin color plays in the discussion of race, the spokesperson said it was a superficial distinction. “That’s racist. Are you saying that just because my skin is lighter — many have called it alabaster, actually — that it means I’m any less African? That type of question really just demonstrates the problem as a whole.”

When asked if they have plans to expand diversity beyond the African American community, the Academy simply responded, “If we’ve learned anything, it’s that everyone — even Asians, Latinos, Pacific Islanders — are all African too. Additionally, we’re banking on Chris Rock explaining everything in his opening monologue.”