You Can’t Make A Deal With The Devil 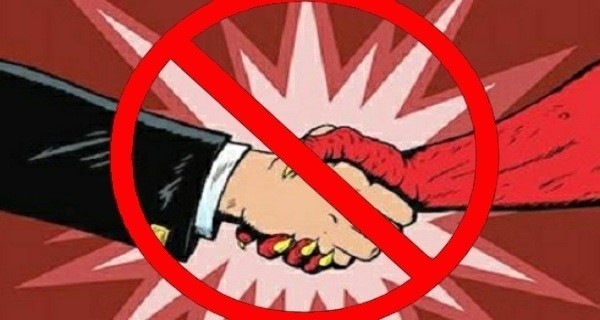 Okay, that’s not strictly true. If by some million to one shot you had something I actually wanted — a vintage Hammacher Schlemmer ice cream maker, say — I guess we could bargain. But for your soul? Forget it! I don’t have enough room for the souls I have now; why would I negotiate for something that I a) don’t need and b) will probably end up owning anyway (let’s be real here, if you’re considering this deal at all, you’re probably not “going up” when your time comes).

Hell is getting crowded and there’s more of you degenerates squeezing yourselves in here by the minute; I don’t even want to think about the overpopulation crisis we’re going to face when Donald Trump’s fanbase starts dying off. Trust me when I say that the last thing I’m going to do is give some no-talent hack like Kevin James a movie career just so I can have his fat ass pressed up against me for all eternity. No, you can blame Adam Sandler for that one.

I Wasn’t Thrown Out Of Heaven — I Walked 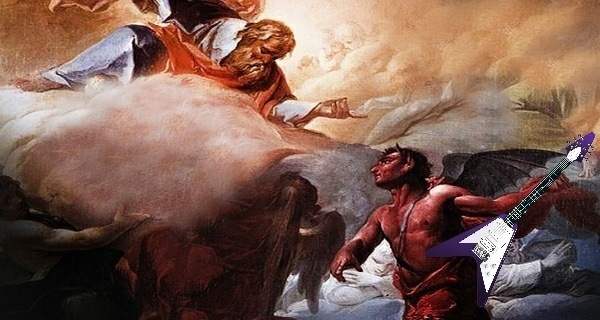 There’s a nasty rumor going around that I was banished to Hell for mouthing off to God, but just so you’s all know, it’s a crock of shit. The truth is that I left to focus on my music. The big G wasn’t feeling my beats, so I peaced out and got my own crib. I’ve been working on my debut album for the last four billion years or so and I’m almost done — I’m just waiting for Kanye to get here so I can get him to do some guest vocals on a couple of tracks. As soon as I get my record deal I’m out of this shithole. Y’all can punish your own selves for eternity. 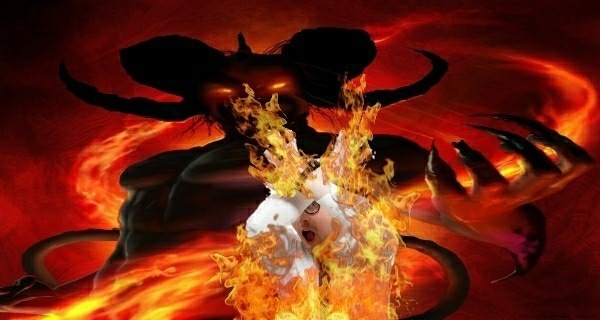 I find the phrase, “Hell hath no fury like a woman scorned” to be sexist and, more importantly, wildly inaccurate. Just ask Todd here. Todd’s been my personal plaything for the last 38 years, and has spent most of that time alternating between being slowly crushed between the buttocks of a flatulent giant, and having his genital piercing forcibly removed and reinserted while watching reruns of According To Jim.

Yep, Mr. Todd “I promise I’ll call you” Perkins knows all about the kind of fury a spurned demon can unleash upon you, and he’ll tell you it’s far beyond the abilities of any mere mortal, woman or otherwise. Or at least he would tell you if he wasn’t constantly screaming. Sorry Todd, but you have no one to blame for the flaming pitchfork working it’s way into your colon right now but yourself. A second date doesn’t look so bad now, does it? Jerk.