My Tinder With Andre 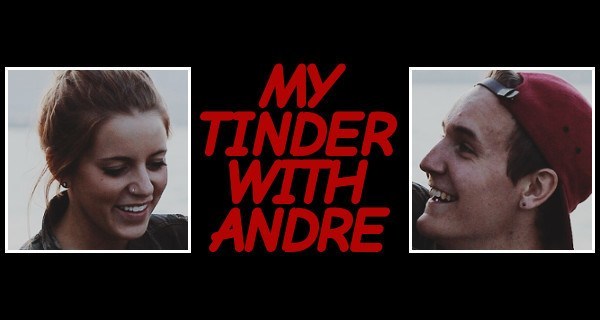 I remember when I first saw him. I almost cast him off to the left, the swipe almost an instinct after years in the romantic desert of New York City, but something stopped me. I never knew a digital image could trigger such real desire before that moment. Was it his gaze off into the distance of some non-descript mountain in the Adirondacks? Or was it the tuxedo he wore in the photograph of him and his mother? Perhaps it was his final photo, caressing a dog, but once I saw his About Me, I knew that this one was different.

I’m just looking for a girl to kick it with.

It was an instant match. My fingers flew across my phone’s touch screen keyboard, wild with lust, and before I could regain my self-control, I had invited him out for a drink. And here I was, fifteen minutes early sitting at a table for two, my heart pounding in my chest at the thought of him, in three dimensions, walking through that door and into my life.

Forty minutes later he was standing in front of me.

“Andre?” I asked, as if I didn’t already know his name, or memorize his face by the contours that appeared whenever he added the Brannan filter.

“Yeah, sorry I’m late,” he replied, running his fingers through his hair, his face dewy with sweat. “I decided to walk, it’s too nice to take a subway. I hope you don’t mind.”

I shook my head as if to say “your respect for the outdoors could never be an inconvenience.” 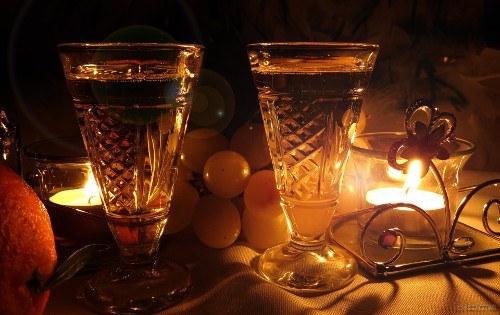 We went to the bar and ordered our drinks. Me, a gin & tonic. He, a locally brewed IPA he chose after discussing hop flavor and fermentation of all other selections with the bartender. He was thorough. I liked that.

“So,” he said. There was silence, but it was the kind of silence that falls among fated lovers who first meet. It was as if we knew everything about each other, and every moment I met his gaze in between his masculine gulps of beer, I felt I was getting to know him better.

“How long have you been in New York,” I asked, feeling silly for breaking our intimate silence with the usual chatter.

“About two years now. I moved here from Chicago temporarily, actually, but fell in love with this city. My family lives there and I always thought I’d stay close by, but I got a job at a tech start-up and an amazing deal on this converted loft in Bushwick and I couldn’t bring myself to go back.”

“Oh!” I exclaimed. There was so much more to know, and he only gave me a taste! “Do you have a big family?” I asked, thirsting for more.

“Three younger brothers and two dogs. And my mom and dad, of course. They had a pretty experimental parenting style…” he began. I couldn’t help but dream of the kind of experimental parenting style we might share in the future. I listened closely as he explained his heritage–Irish, German, Finnish, Welsh, and a little French–and how that influenced his life growing up. He told me of the broken bones, the deaths of pets, how he struggled to be the older, wiser sibling. In twenty short minutes, I learned so much about his past. And yet, there was still so much to know! There was such depth to this Irish, German, Finnish, Welsh, Frenchman and I was only at the cusp of full understanding. I spoke only to ask more questions, my own feeble existence minute in comparison to this man’s Grecian saga. What did he do at the tech start-up? Does he enjoy any hobbies? Does he know any books I should read? What movies would he insist that I watch? I barely touched my drink, drinking instead his unending information.

There was a silence. I took a breath and wished I had brought a pen and pencil. And then he spoke again.

“Oh, I mean, it’s nothing really,” I said, embarrassed by my humble life. There was nothing I could say to compete with Andre, a mass of intelligence, strength, and wit. I took a long sip from my gin & tonic. “I’m a writer.” 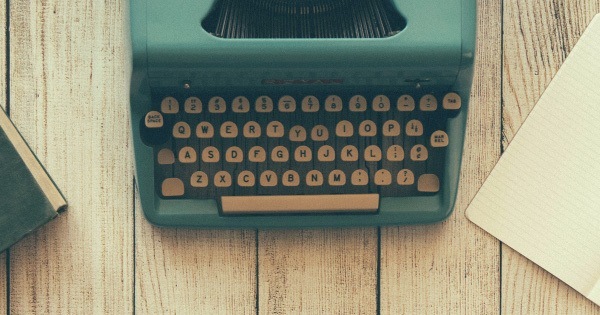 “That’s so interesting,” he mused politely, “I’ve actually just finished my first novel. I have a lot of friends who work at magazines and some literary firms, and it looks like I’ll be published come fall.”

Relief swept over me. To play an expert in the face of Andre was to fight Goliath–and to do so without David’s sling and stone!

“Writing is becoming a lost art form. Because there are so many public platforms available now, anyone with a thought and a keyboard can just type out a blog post and call themselves a writer.”

“Yes, I am lucky to be a formally trained writer and am actually hired to write–”

“So every corner of the Internet is crammed with everyone’s ‘writing’. It’s so sad to see an art form with such potential essentially lose its significance in mainstream culture. The every man can’t distinguish talent from shit, it’s really sad. The writer is dead, in a sense. At least on the Internet, you know?”

I was lost, in his eyes and in his speech, which I could only assume was over my head. “Yes, Andre,” I said, gazing at him through my eyelashes. “I know exactly what you mean.” Because how could I tell him that I didn’t?

“That’s why I pursue all of my writing independently. You lose something when you do it for hire. Anyway, that’s cool though.”

But I knew I had lost him. We were on different astral planes and I was no match for him and his brilliant mind. I knew how this would go. I would order another drink and hope that he didn’t ask any more questions about me and, like a true modern gentleman, he wouldn’t. I would cling to the last hour we’d spend together, trying to expose myself to as much greatness as I could, as though it were somehow contagious. But, alas, we would part ways the next morning, after preparing what he would describe as his “infamous” omelette–an omelette, he assured me, that his friend, a professional sous-chef, claimed was, and he quotes, “flawless.”

He would not call me again. I would be thrust back into that New York City desert we often call “romance”, but this time I’d have a canteen full of Andre’s inspiration. I may not have Andre, but I’ll always have my Tinder with Andre.