Rapist Community Speaks Out: “If Cross-Dressing And Entering Women’s Bathrooms Is Illegal, We’ll Just Have To Stop Raping” 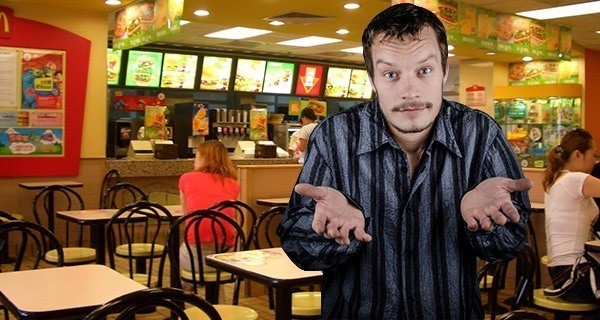 This morning, the Charlotte, North Carolina City Council passed a bill mandating that people use public restrooms that correspond to their “biological sex,” which legislators say will prevent sexual predators from attacking women. Immediately after Republican Governor Pat McCrory signed it into law, members of the cross-dressing rapist community spoke out about the dramatic effects this will have on their lives.

“Everyone knows the easiest way to rape a woman is dress like one and enter a public restroom,” said longtime sex offender Pat Griggs. “The only way I know how to violate a broad is by taking large doses of Estrogen, changing into a dress, slipping on a pair of heels, applying makeup, covering my head with a wig, taking on a realistically feminine demeanor, and entering the nearest public bathroom.”

“Sexual assault isn’t worth breaking the law for,” said eight-time rapist Ray Shellnutt. “Of course this bill is extremely unsettling, but I’m a law-abiding citizen. If it’s illegal to enter the little girls’ room now, I’m not gonna start muddying my record now.”

When reminded that rape was illegal as well, he replied, “Sure, technically, but it’s basically like jay-walking.”

“Now our only choice is to rape privately in our regular man clothes, which is ridiculous, because rape never works that way,” lamented longtime attacker Troy Cumbie. “Now, when I’m at a Rally’s and have the urge to throw on my lady gear and attack someone in the can, I’ll have to hold off and follow her to her car or something. If this isn’t taking away my constitutional rights, I don’t know what is.”

“Honestly, I’m contemplating getting gender reassignment surgery,” he sighed. “If that’s what I need to do to enter a women’s bathroom legally to be able to rape her, so be it.”