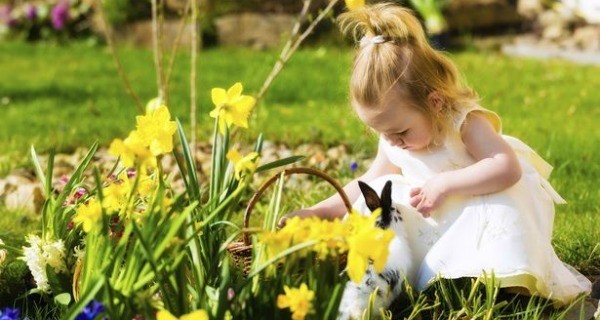 Most kids just get candy for Easter, but this spring, four-year-old Brianna Simpson of Nashua, New Hampshire got something even better: the remains of Malaysia Airlines Flight 370.

Simpson was searching for Easter eggs in her backyard when she first stumbled upon wreckage from the lost aircraft. “I was running fast to get some eggs before my poopy brother stole them all, and I ran into something big and metal,” Brianna told reporters. “My daddy says it was an airplane from my Asia or something.”

“I saw the plane and immediately thought it was a joke,” said Brianna’s father, Jeff Simpson. “Some elaborate prank that the neighborhood kids played on us for a laugh. Once I saw the corpses inside the plane though, I knew that it was real. No one in our neighborhood is that talented with makeup.”

It wasn’t long before Jeff realized that it wasn’t just any plane laying in his backyard, but in fact the famous missing Malaysia Airlines Flight 370. “I remembered a couple years ago when my shows kept getting interrupted by news updates about some missing jet. At the time I thought only an asshole could lose a whole plane, but now after failing to notice a Boeing 777 in my backyard for two years, I guess it doesn’t seem so far fetched.”

Meanwhile, authorities in Malaysia are overjoyed to hear that Flight 370 has finally been found and are eager to put the whole ordeal behind them.

“Oh my God, two years we’ve been searching for that friggin’ plane!” said Malaysian Transport Minister Liow Tiong Lai. “You have no idea how embarrassing it is in this day and age to lose an entire jumbo jet. Like seriously, how does that happen? And the passengers’ families with their constant ‘Have you found my husband’s body yet?’ and ‘I want to give my mother a proper burial!’ 227 passengers means an awful lot of nagging loved ones. I have had a headache for literally two years. Just a constant headache.”

How the plane—which disappeared en route from Beijing, China to Kuala Lumpur, Malaysia in 2014—ended up in New Hampshire is a mystery that Malaysian Airlines is hoping will be solved once the flight recorder data is analyzed. “We were kind of shocked to find out that the plane ended up so far from its initial destination,” said Malaysian Airlines CEO Christoph Mueller.  “I mean, it’s over 6,000 miles off course. Why would the pilot just up and decide to fly to New England? It wasn’t even foliage season!”

Jeff Simpson has a theory: “Maybe they don’t have Dunkin’ Donuts in Malaysia?”

As far as little Brianna is concerned, the only mystery worth solving is how to finally get some Easter eggs. Her father reports that while she hasn’t found any eggs yet, she has found two fingers and a shoe. Said Simpson, “She thought that was fun for a while, but now she really just wants Peeps.”