Passive Aggressive Friend Planning One Million And ONE Women March 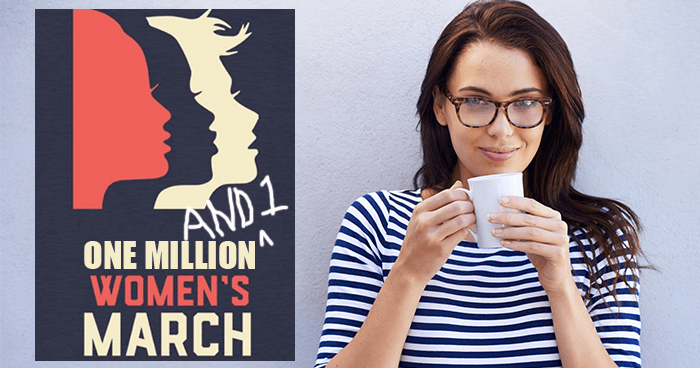 Cambridge, Massachusetts woman Jen Rakoff is reportedly throwing her own “Million And ONE Women March” this weekend.

Rakoff, 24, denies any intentional competition with the historic Million Women March on Washington, saying instead, “What? Oh my gosh, NO, I didn’t even know that was a thing!”

“Jen is always doing this,” reports her roommate, Imani Watts. “One time she scheduled her birthday party on the same night as mine even though her actual birthday wasn’t for another two months. She’s also twenty-four and writing a memoir about her life, so…” Watts said, trailing off.

Rakoff – who says “It’s fine.” an average of thirteen times per day – insists that the similarities between the two events are entirely coincidental. “I just thought, hey, wouldn’t it be nice if a bunch of people could get together and march? Specifically a million and one of them,” said Rakoff.

When asked whether she’d consider canceling her event so as not to compete with the national march, Rakoff said, “Ugh, like, I would, but it would just be such a thing at this point, you know? Also, I’m pretty sure all my friends are coming to my march. I mean, they’d better be.”

It is unclear if Rakoff will even show up to her march on time, as Watts says she makes it a point “To be at least fifteen minutes late to literally everything.”

Upon being notified that the official march name had been changed to “Women’s March On Washington,” Rakoff subsequently changed hers to “Women Walk Assertively On The Nation’s Capitol,” though she maintains her decision had nothing to do with that of the march led by activists such as Tamika Mallory, Carmen Perez and Linda Sarsour. When asked her opinion on this formidable group of women, Rakoff stated, “Oh my god, LOVE those girls. I know I’m not the only one who finds them a little…overbearing? But, you know, just so sweet.”

Rakoff reportedly announced her plans to schedule her own march by sticking a Post-It note to the refrigerator, under a previous request that everyone, “Do your own dishes, WE DON’T LIVE IN A ZOO :)”