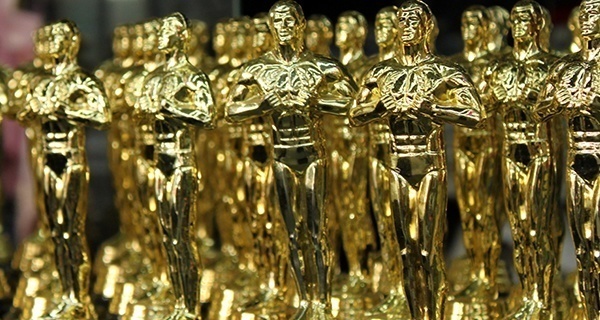 Pictured: A perfect illustration of diversity at the Osars

After coming under fire for nominating zero actors of color for an Oscar this year, the Academy of Motion Picture Arts and Sciences announced it will increase diversity by adding a “Best Supporting Minority” category to the awards ceremony.

“We thank you for your feedback and want you to know we hear you,” said Academy president Cheryl Boone Isaacs. “That’s why we’re proud to welcome in more diverse nominees by relegating them to a completely separate, but obviously equal, category starting in 2017.”

Currently, the Academy membership is 94 percent white with a median age of 62. In order to ensure that more actors of color are represented among nominees, the Academy has had to resort to creating a situation in which members have no choice but to choose a minority. “There’s really nothing we can do to change the voting habits of our members,” said Isaacs. “They’re just so old and so white. But if given no option other than minorities, they’ll have to choose someone. They know there’s only so many times they can add Michael Fassbender to the ballot, claiming that ‘Chiwetel Ejiofor is secretly Fassbender in disguise,’ before they get kicked off the committee.”

The Academy says that when there are enough leading roles for minorities, they’ll even consider adding a Best Minority Actor category, though it says casting is entirely the studios’ responsibility.

The winner will be announced during the pre-show, when Ryan Seacrest interviews Jennifer Lawrence about which designer she’s wearing. “We obviously can’t have the televised show run any longer, so we’re presenting the award before the main ceremony starts,” said an Academy Vice President John Bailey. “Jennifer Lawrence is the perfect ambassador between minorities and viewers at home because she’ll make it all a little more accessible.”

Since race is often tricky to define, the Academy says to expect a few surprises. “If Matt Damon happens to discover he has a distant African ancestor, then yes, we’d be happy to welcome him to the category. Ultimately, diversity is about being all-inclusive, so it goes both ways.”