Paul Rudd Movies Ranked, From Most Rudd To Least Rudd

A comprehensive list of Paul Rudd movies ranked from most Rudd to least Rudd, so you know exactly how much Rudd you’ll be getting, every time. 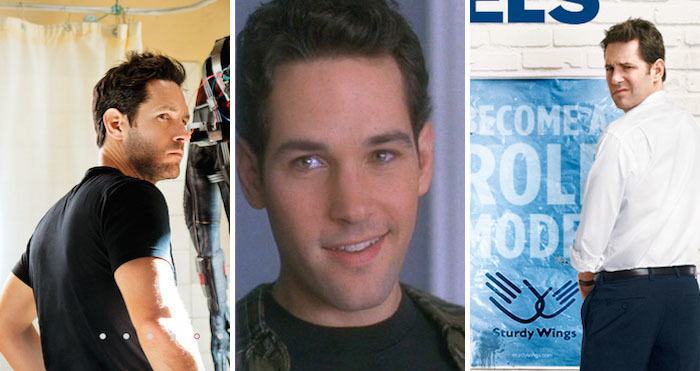 We couldn’t find a third shot of him looking sexily over his shoulder, but God how we tried.

Rudd All Up In Your Face: Ant Man

This is arguably the movie with the most Rudd to date. Not only does Rudd play the film’s titular character, but he’s in basically every scene, the lovable little scamp. He also gets to say a ton of super Ruddy lines, like, “Absolutely,” and “Makes sense.” Plus, it’s the only movie to date where he hasn’t had to share the lead with somebody else, like those two times he had to work with Jennifer Aniston.

Role Models is a hilarious romp in which Rudd and Seann William Scott play irresponsible BFFs forced to do community service after crashing a car (or something?). Long story short, they mentor an adorable black kid and McLovin’, and everyone wins, especially you, because Rudd’s in this one a lot (but not the most).

Respectably Ruddy: I Love You Man

This Paul Rudd-Jason Segel buddy comedy isn’t exactly like Role Models, but for your purposes, it pretty much is, with one exception: Rudd shares a solid co-star position with a zanier, more outrageous BFF, meaning you’ll be splitting your viewing-time-to-Rudd-ratio in half.

Who could forget Rudd in the role that unofficially launched his career: Josh, the pretentious college man with a major boner for his 16-year-old former stepsister. I get chills of arousal just thinking about it.

Rudd didn’t have a whole lot of screen time in this super sad, super life-affirming abortion-y movie starring Tobey Maguire (with appearances by Charlize Theron and Dewy from Malcom In The Middle), but his character was a catalyst for a lot of the stuff that went down, so it’s definitely a movie for those who like their Rudd applied sparingly, so as to better savor the precious moments when his cheeky little face appears.

You might not remember Rudd as surf instructor Chuck in this 2008 hit comedy, but he was definitely there. He filled too much screen time to constitute a cameo, but not enough for anyone to remember him all that well. It’s perfect for those times when you want just a taste of Rudd, but not a whole meal.

That’s right, Rudd plays Paris, the guy Juliet is supposed to marry (also known as the guy in the astronaut suit in like, one scene). This is ideal for those that crave some higher culture, but still require a small dose of Rudd to see them through it.

Rudd cameos in all three of these films, any one of which is perfect for those nights—Tuesdays, say—when you want to see Rudd’s face, but only like a passing spirit in the night. An adorable, smart-mouth spirit with an impish twinkle in his ghostly eyes.

No Rudd Whatsoever: The Birth Of A Nation

This 1915 civil war epic not only has absolutely no Rudd at all—like, not even the tiniest, tiniest trace, as if he didn’t even exist—it’s also super racist and kind of old-fashioned. What were they even thinking with this one? Rudd fans should avoid at all costs.