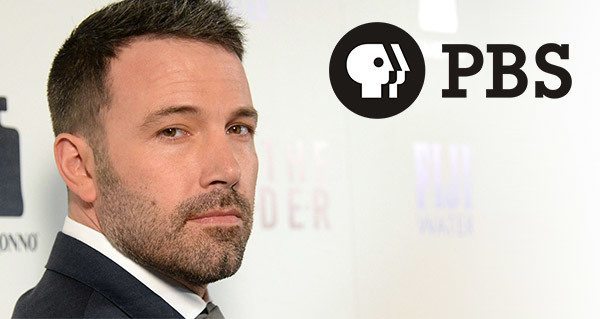 After discovering that Ben Affleck had asked PBS to censor a reference to his slave-owning ancestors in Finding Your Roots, many were left wondering: could PBS wield that same power to hide the tragic history of Ben Affleck’s movies?

Since Gone Girl came out in 2014, Americans have been experiencing a much-welcomed break in Ben Affleck appearances, but the PBS controversy brought up painful memories for many. “It’s wrong to ignore America’s history of slavery, but what is anyone gaining by remembering Daredevil?” said a viewer. “Can’t we just forget it and start healing?”

“Clearly, we as a nation are still grappling with the terrible legacy of Ben Affleck’s career choices,” chimed in another. “Even though I myself didn’t make Reindeer Games, it’s painfully embarrassing to live in a country where it happened.”

Due to the overwhelming request, PBS says they’ve already developed a concept: hypnosis through a series of subliminal messages over the course of 24-episode series about Ben Affleck that covers every part of his life, except with no mention of his movies. A special 2-hour episode about his humanitarian efforts in the Democratic Republic of Congo will be used to erase Gigli.

The network will also add a new installment once Batman v Superman: Dawn of Justice goes on sale as a discount DVD at Walgreens.

“We’d like to reiterate that censorship is against our company values,” said an executive. “Unless of course, the subject matter causes undue harm. I think we can all agree that was the case with Pearl Harbor, Jersey Girl, Armageddon, and, oh God, Surviving Christmas.”

“However, we won’t erase Good Will Hunting, School Ties, or the Jay and Silent Bob movies,” he added. “Sure, Ben Affleck happened to be in them, but they’re not really ‘Ben Affleck movies.’”

Affleck has signed on to the project, as he too would rather not think about any of his movies. He also put in a request to omit his marriage to Jennifer Lopez, which PBS has refused to do. “That’s an amazing moment in pop culture,” said a producer. “Nobody should ever forget that. We need to remember it more, in fact.”