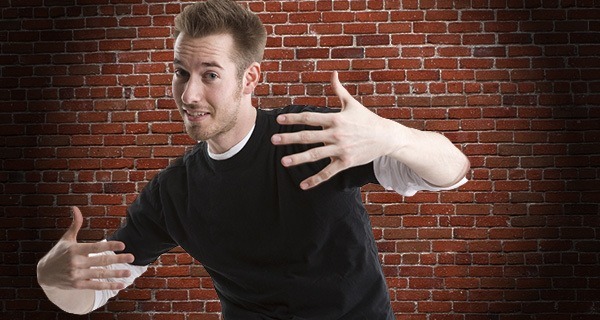 After languishing in obscurity for over a decade, New York-based comedian Bip Mackey is poised to be comedy’s next “big boy,” according to Comedy Cellar owner Noam Dworman, thanks to his new hour-long set consisting entirely of Mackey mumbling, “Pumpkin spice lattes, am I riiiiight?”

The show, which opened only three weeks ago, is already being hailed as a “groundbreaking work of cathartic satire on par with George Carlin or Bill Hicks” by Splitsider and a “brilliant deconstruction of contemporary consumer culinary culture” by the New York Times.

Beginning as a single joke about the seasonal Starbucks drink in an otherwise unrelated set, Mackey revised his show, now titled “Pumpkin Spice to Meet Ya!” based on audience reaction.

“One day, I realized that the thing getting the most laughs was this dumb joke about how pumpkin spice lattes don’t even taste like damn pumpkins,” Mackey said. “Suddenly, I was like, ‘Whoa, maybe I’m onto something here.’”

The set evolved from there, with “PSL” jokes overtaking his entire performance. The set’s success even encouraged him to take a few risks, marrying this sort of humor with some biting racial commentary.

“A lot of comics, they don’t wanna get into race and all that shit, you know?” said Mackey. “But, listen, I said ‘You ever notice white people love these drinks?’ and everyone went nuts. I didn’t even have to dig any deeper than that. That’s all these people needed to have a great time.”

It was this experience that inspired Mackey’s final calculation—rambling incoherently about pumpkin spice lattes for the whole of his set—a bit that catapulted him to overnight success status.

“It made me think, ‘If that’s all it took to get people to laugh, maybe just repeating the words ‘pumpkin spice lattes’ is enough to get them rolling on the floor,’” Mackey recalls. “I was not wrong.”

Pumpkin spice season doesn’t last forever, though, so some of Mackey’s fast-ballooning audience might be wondering what he has next in store.

“It’s still up in the air,” said Mackey. “But I haven’t heard any other comedian tackle racist grandparents on Thanksgiving yet, so I might give that the ol’ college try.”