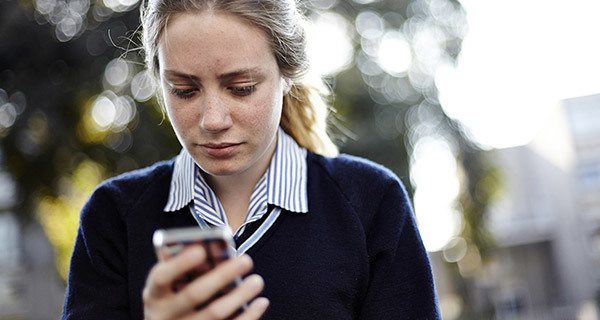 After running into each other on the train during their Monday morning commutes, college friends Stacy Weiner, 28, and Maggie Choy, 29, made plans to grab drinks on Tuesday evening. However, what began as a friendly encounter took a grave turn for the worse as Weiner’s text confirming a location has not been acknowledged yet despite the presence of a read receipt.

Eager to come to a consensus on a location, Weiner texted “Loke Lounge? 5:30ish?” to Choy at 11:52 AM. The iMessage went from “Delivered” to “Read” status within seconds, but Weiner received no reply.

Hours later, the read receipt lingered, yet Choy remained silent, leaving Weiner with no other choice but to declare the casual reunion, tentatively set to take place in one hour, a “lost cause.”

“That’s really obnoxious, right?” Weiner asked a coworker at 2:13 PM. “What’s the point of sending read receipts if you’re not gonna even get back to people?”

Still, the harrowing reminder that her acquaintance had seen her question, yet not found the time to reply, sent Weiner into a dangerous spiral of self-doubt, anger, and denial.

Weiner said that now she thought about it, Choy was pretty self-centered in college, causing her to consider drastic measures.

“You know what? I’m just gonna cancel. I can’t deal with this ambiguity,” said Weiner at 4:12 PM. “I refuse to be the only one driving this car.”

When Weiner couldn’t bring herself to cancel, her thoughts momentarily turned to crippling uncertainty as to whether she was the needy one in friendships. Just then, Choy messaged that she was stuck at work and half-heartedly offered a raincheck.