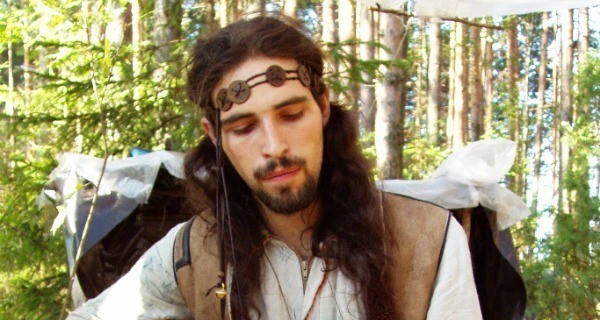 Adam Palmer, 38, is majorly lowering the vibrations of his always expanding community of amateur energy healers by taking a stand, denouncing the Japanese art of Reiki as “a bunch of bullshit.”

The Honolulu, Hawaii man and otherwise flaky individual, a part-time yoga instructor/part-time surfing instructor/full-time astrological advisor, has recently stated that he has to draw the line somewhere, and he believes that line falls just short of Reiki.

The spiritual worker, most notably recognized from his YouTube channel – which he updates weekly with tarot card readings heavily influenced by the “night sky” – finds the vague nature of the technique a little too unbelievable.

“It’s just touching people with your hands, you don’t even need any stuff,” says Palmer. “I can’t really stand behind healing treatments that don’t require the purchase of some kind of stuff.”

The Japanese stress-reduction technique is believed to increase the “life force energy” within a person, simply by receiving a healing touch by a licensed practitioner. In recent years, the practice has been widely adopted by Westerners who want to add a sense of balance to their lives, but, importantly, don’t want to have to actually work for it.

“You can become a Reiki ‘Master’ within a matter of hours,” Palmer attests. “I’m sorry, but I didn’t dedicate one weekend a month for three months to become a certified chakra balancing instructor just to be outdone by some glorified masseuse. Call me old fashioned, but I just don’t see what’s so wrong with a little hard work.”

Palmer turned to his Tarot cards and tea leaves for answers, but still feels conflicted regarding the Reiki “fad.” He wants to make clear that although he finds it to be “utter crap,” he also doesn’t wish to offend those who choose to practice.

“Don’t get me wrong, I don’t think I’m better than anyone,” Palmer insists. “I cleanse my healing crystals one sage-burning ritual at a time just like the next guy, but it’s like, add some aromatherapy or something, brah.”