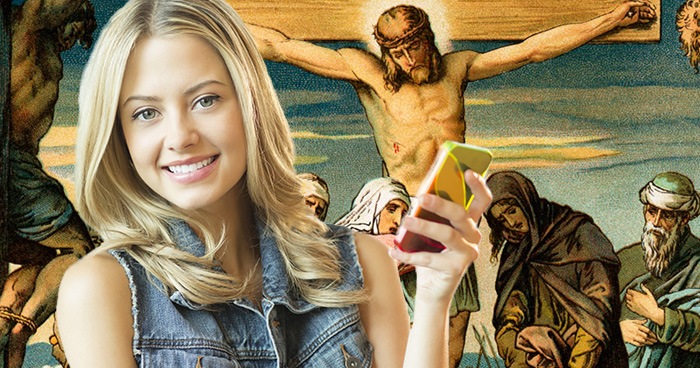 In an attempt to reflect on Christ’s suffering, a local woman announced on Ash Wednesday that she would be halting all Facebook activity for the duration of the time meant to symbolize Christ’s lengthy suffering in the desert and subsequent crucifixion.

In a status to her Facebook friends and family, Madisyn Whitley announced her plans to courageously refrain from posting pictures, day-to-day activities, and half-formed political opinions on the site she typically spends hours a day refreshing.

“Christ spent 40 days in the desert without food or water. He was tempted by Satan three times. He was then brutally beaten and crucified. In reflection of such suffering, I too will suffer. This will be the last Facebook post you will see from me until Easter, at which point I will have gained a new understanding on what our Lord Jesus Christ was forced to go through. Thank you and Amen,” Whitley wrote at 2 AM after posting three cat memes, some vaguely depressing song lyrics, and a treadmill fails compilation video.

While such a struggle is “inhumanely difficult,” she admits, visualizing Christ nailed to the cross gave her the strength she needed to temporarily delete her Facebook iPhone app.

“Everytime my hands twitch to tag my friends in a meme about wine or something, I visualize Christ’s hands nailed to the cross and think about how hard it would have been to type in that position. The other day, I very nearly gave in to Satan’s demand that I post a Finsta, but then I saw Christ’s face peering down from the cross and decided to go on Pinterest instead.”

Despite the difficult lenten period, Easter will likely mean more this year after such a thoroughly meditative reflection on the nature of temptation and suffering.

“Christ died for our sins. It was an act nearly as selfless as not logging onto my Facebook account for days at a time. But on Easter, just as Jesus joyously rose from the dead, I too will rise from my social media death. And my followers will exalt in my presence.”