This Will Probably Be The Year You Kill Yourself 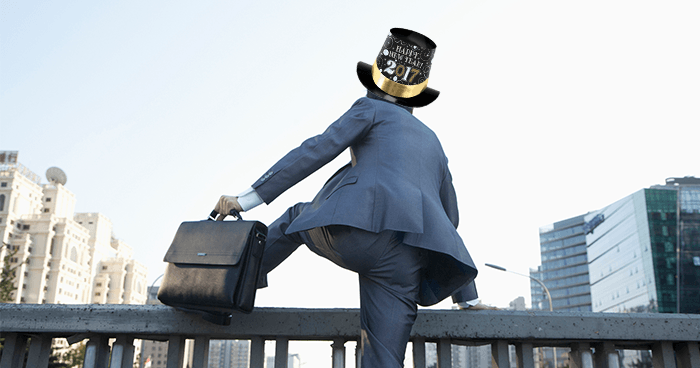 The number of sad and depressing events which occurred in 2016 are almost innumerable. Even before the presidential election, the world saw many tragedies in our own backyards. Police shootings, gorilla shootings, countless celebrity deaths, natural disasters, the Flip or Flop couple breaking up…it’s just too depressing to name all of the awful occurrences over the last 365 days.

Unfortunately, with the new year fast approaching, things don’t seem to be getting any better and the outlook on the next 12 month is extremely bleak.

So will 2017 finally be the year you kill yourself?

You’ve thought about it before. Remember your senior year of high school when you didn’t get into the college of your choice and had to settle on the seventh biggest party school in the nation? You were so distraught. That summer, driving to the beach house you rented with your best friends from high school, you contemplated driving your brand new BMW off the side of the road and into as many trees as possible.

You managed to make it through school and landed a job in the city. You were renting a small place and working for a Fortune 500 company and the S.S. You seemed to be on the right course to success. Then, tragedy. You were passed up for the Junior Field Rep position and would have to remain a Minor Junior Field Rep for another four months until a position opened. Your career had stalled at 22. You went home and toyed with the idea of drinking an entire bottle of Moscato and the rest of the melatonin and taking an M&M dirt nap. You changed your mind after calling out sick for a day and binge watching the Gilmore ladies.

The last time killing yourself crept into your head was around this time last year, actually! You and the other Senior Managers were at a New Year’s Eve party on your boss’s yacht in the West Indies and everyone was talking about how 2015 was awful with Russia invading Syria and Charlie Hebdo and Yolanda and David Foster calling it quits and 2016 was going to be the year everything finally got better. Then you woke up on New Year’s Day with all the same problems and wondered “When will this life ever go exactly according to my plan?!? Should I just throw myself off the yacht already?!”

The Journal of Emergency Medicine did a study in 2014, and after analyzing more than a million attempted suicides, researchers found that Sunday and Monday are the peak days for biting the bullet, and New Year’s Day is the holiday associated with the highest number of suicide attempts.