Tom Hanks Still Has Yet To Publicly Denounce Cannibalism, What Is He Waiting For? 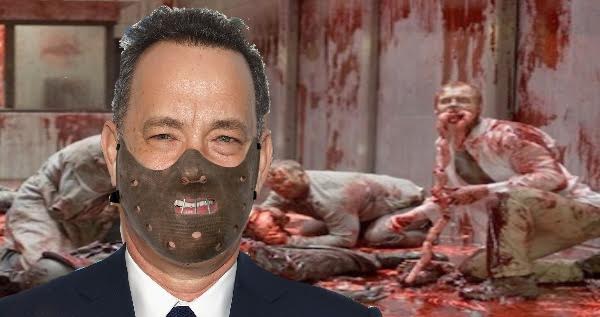 Tom Hanks may be America’s favorite actor, but the star of such beloved films as Forrest Gump and Big still has yet to publicly denounce cannibalism, causing some concerned fans to wonder if the Cast Away star secretly condones the unnatural act of feasting upon his fellow hominids.

“If Tom Hanks didn’t think eating people was ok, wouldn’t he have said something by now?” Asks mother of three, Nancy Appleton. “He’s quick to offer his opinion on Trump but when it comes to biting into a nice juicy shank of long pork he’s quieter than a mouse fart in a pillow factory!”

And the outrage over Hanks’ refusal to speak out against people-eating isn’t just confined to the public. Several members of Hollywood’s elite – including frequent Hanks co-star and vocal opponent of cannibalism Meg Ryan – have started to construe the Joe VS The Volcano actor’s continued silence on the matter as an endorsement for the consumption of human tissue.

“If you don’t announce that you’re against something, you might as well be for it, ” says Ryan. “I love Tom but he needs to come out and actually say that he is against the cooking and eating of flesh or everyone will continue to assume that he’s ok with it.”

Some of the Sully star’s fans, however – such as Gerald Cross, president of the Bumbleton, Illinois chapter of the Tom Hanks fan club – are still willing to stick up for Hanks, whether he cooks babies for lunch or not.

“Just because Mr. Hanks – the greatest actor of our generation – hasn’t explicitly said that sticking a fork in someone is bad, doesn’t mean that he thinks it’s ok for people to go around sinking their teeth into every Tom, Dick, and Harry they come across. I’m sure that Mr. Hanks will address the issue of whether the devouring of homo sapiens is culturally appropriate or not any day now and when he does I have every confidence that he will be firmly on the ‘against’ side!”

Meanwhile, Tom Hanks’s wife Rita Wilson seems to have taken a stand firmly against the act of anthropophagy. Recently Wilson has been seen out wearing a t-shirt with “Flesh is Murder” written across the front and a picture of a severed arm with a giant red X going over it on the back.

Will Hanks follow his wife’s lead and finally take an official stance on the unsavory act of eating people, or will the Bosom Buddies star continue to silently ignore the cannibal epidemic, thereby subtly encouraging the practice of slicing into people with steak knives and carving off slabs of hairy pink human meat? Only time will tell.