REPORT: Getting Too High In Public Increases Risk Of Bumping Into Parent’s Friends 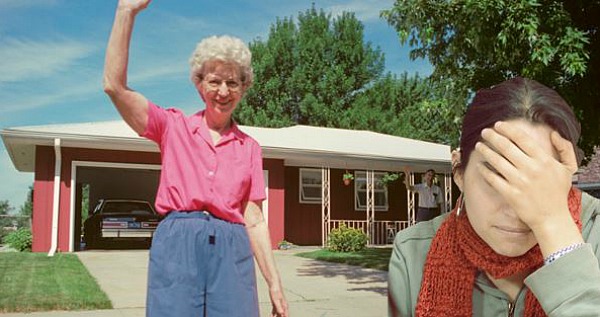 A new study conducted by the University of California, Santa Cruz found that being too high in public greatly increases the risk of bumping into your parent’s friends.

The study began quite by accident when research assistant Kelly Chavez, who was involved in a completely different experiment, took a break, got high, and went to a nearby Trader Joe’s to procure several bags of peanut butter pretzels.

Once there, the 26-year-old encountered Sarah Brandley, a friend of Chavez’s mother, Danica. Brandley engaged in enthusiastic small talk with Chavez, who was in no condition to speak to even a regular person, let alone a friend of a parent.

“She asked me what I had been up to, and I just said ‘I’m doing science.'” Chavez stated. “That doesn’t even make sense. Plus, I’m pretty sure I kind of yelled it for some reason? God, I was so fucking blazed. She totally knew it, too.”

Upon returning to the lab, Chavez informed her colleagues of the encounter, leading each one to recall similar experiences that they had endured over time.

“We knew we were on to something,” said Dr. Sean Huang. “We interviewed over eighty students, and nearly all of them reported a time in their life when they got higher than shit, went somewhere public, and bumped into a parent’s friend. And if it not a parent’s friend, then an old teacher, an ex’s sibling, perhaps a friend’s parent… the list goes on.”

“It’s a fairly traumatic thing to go through,” Huang continued.

“And it totally fucks up your high. Imagine you’re walking into a movie, high as shit after splitting a brownie with a friend on the ride over, and then right after they tear your ticket your Dad’s old softball teammate walks up with a big smile and a million questions. Are you gonna be able to enjoy ‘Baby Driver’ after that? I certainly couldn’t.”

Huang stresses that although there is an obvious link between overuse of cannabis and these bizarre encounters, the exact reasons behind them have yet to be explained.

“We need more funding to get to the bottom of this,” Huang stated. “And I think we’ll get it. My parents have always been friendly with the Dean, so I could ask him. I’ll get unreasonably baked on Saturday and walk around the mall. We’re bound to bump into each other eventually.”