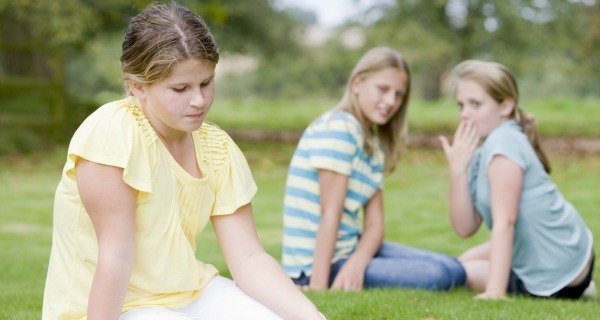 In a boundary-shattering turn of events, transgender Girl Scout Kimmy Glatz experienced bullying last week from her troop, just for being a regular 11-year-old girl!

“When Kimmy joined the Girl Scouts last spring, we were sick with worry that she wouldn’t be accepted as a girl by her peers,” said Kimmy’s mother, Laura Glatz. “Kimmy truly feels she is a girl, and it’s incredibly damaging to her psyche when her peers don’t treat her the same way.”

Instead, the young girls’ reactions shocked everyone: Kimmy’s troop members never gave her gender identity a second glance, instead simply taking ample opportunity to gossip, deride, tease and ridicule the child in exactly the same manner they treat the rest of their tween-aged female peers.

“We’re just so grateful Kimmy has the opportunity to fight with her little friend Jen over the boy they both have a crush on,” continued Mrs. Glatz. “I feared the other girls would pick on Kimmy for being born a boy, but instead, they just pick on her for wearing ‘lame nail polish.’ It’s completely heartwarming.”

When asked if she had anticipated an issue when she found out Kimmy was joining their unit, troop leader Aniyah Campbell responded, “I’m incredibly proud to say this group of girls is very open-minded when it comes to race, religion, gender, and sexual orientation. They instead choose to spend their energy targeting their peers for things like shyness, acne, and who hasn’t started shaving yet.”

“In fact,” continued Campbell, “The biggest bitch in our troop is a Jewish lesbian! The social progress we’ve made is truly inspiring.”

As for the tween herself, Kimmy says, “Yeah, this one clique has been kind of horrible to me. But Jen is totally right—my glasses are really stupid, and my earlobes are weird.”

Mrs. Glatz hopes the crippling sense of inadequacy inspired by her new female peer group helps her daughter grow into a normal woman with all the healthy sense of self-doubt and imperfection that goes along with it.