The 21 Funniest Amazon Reviews Of All Time

The dregs of humanity are often to be found in the comments sections of websites or, worse, in reviews (thank you, Yelp reviewer who gave the restaurant one star because you had a bad cab ride over and you didn’t like their attitude when you were late! That was super helpful!). Sometimes, however, comedy gold lurks in these very same sections, as anyone who reads the funniest Amazon reviews will tell you: 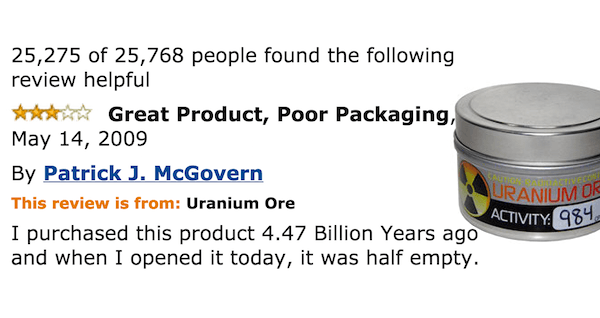 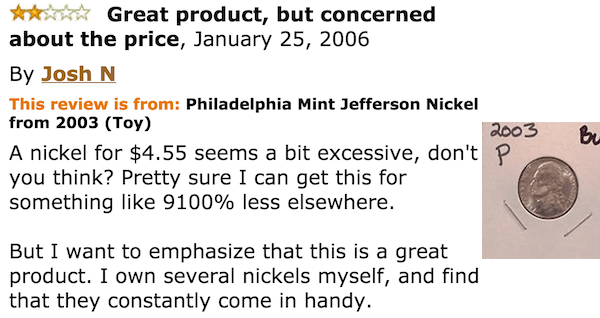 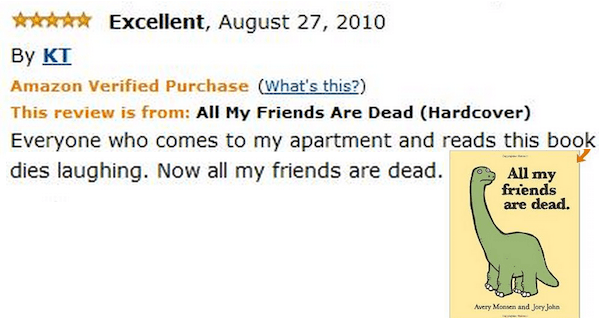 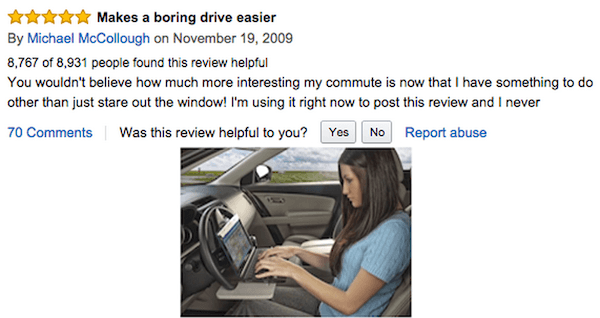 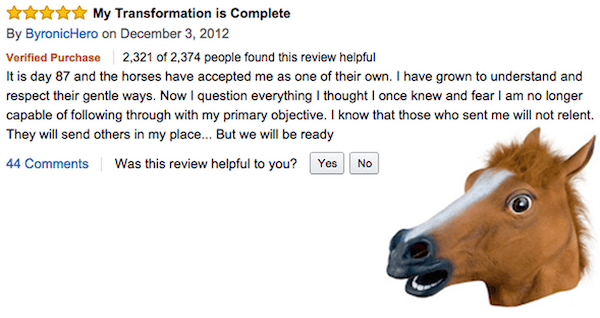 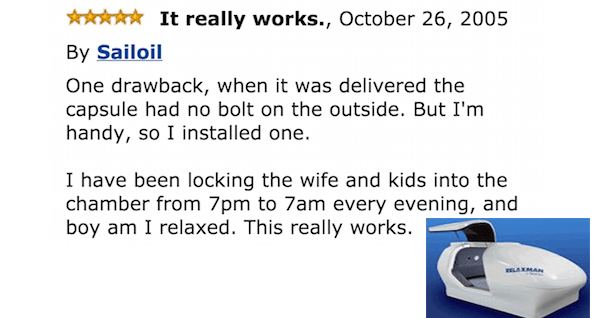 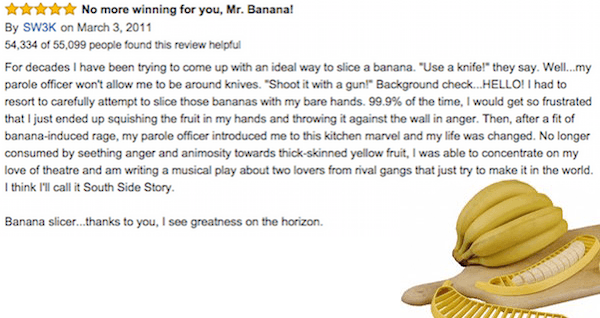 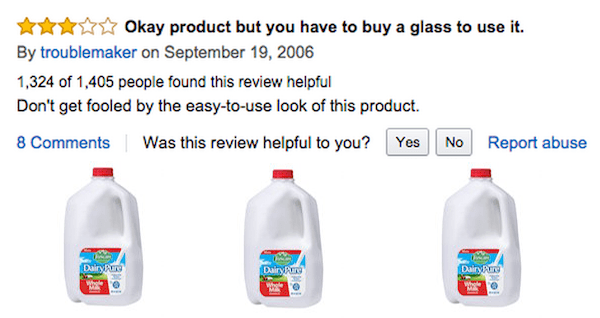 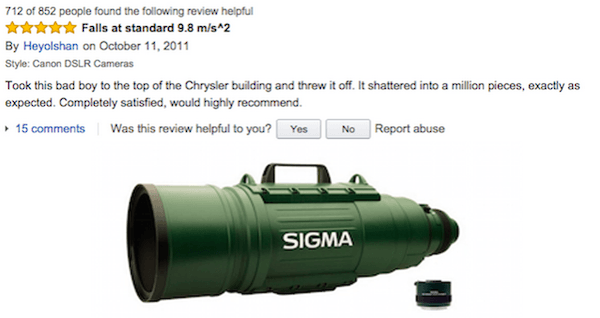 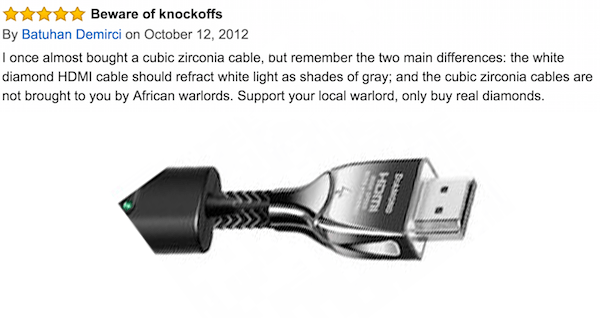 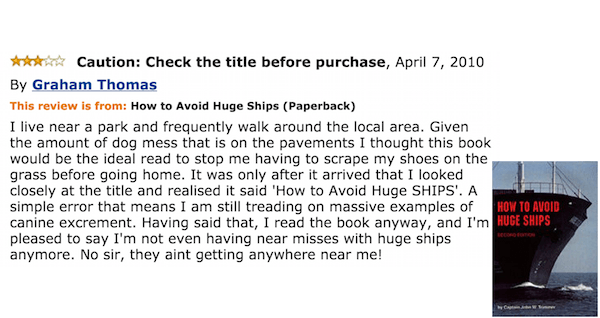 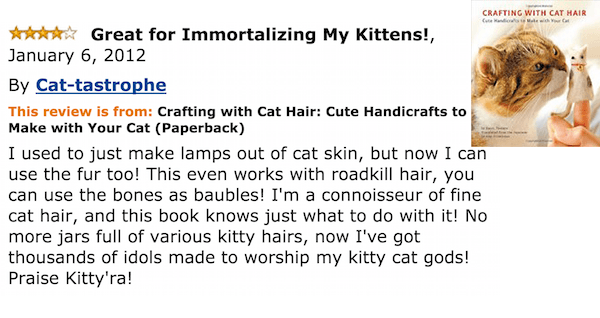 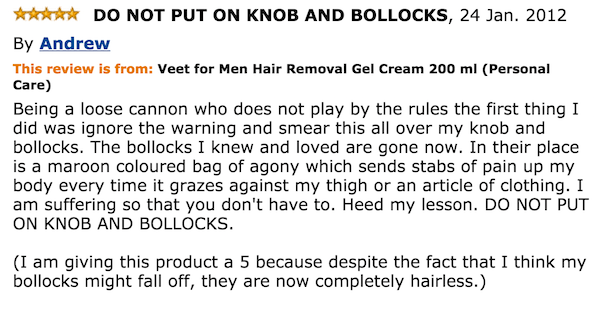 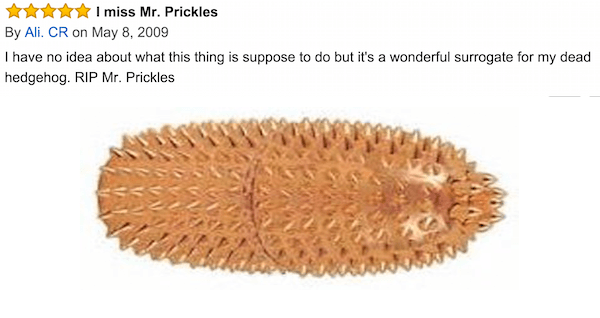 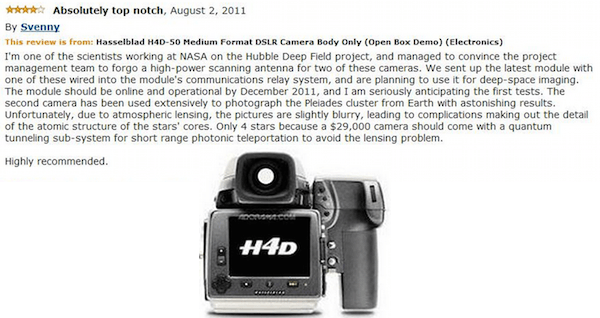 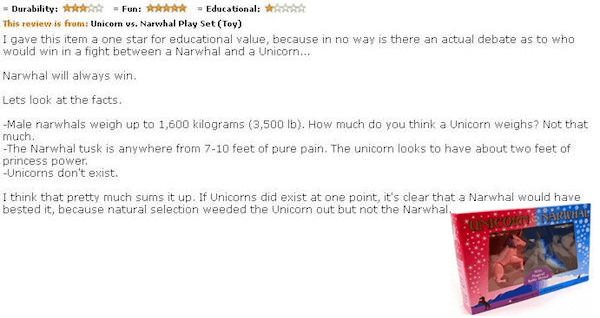 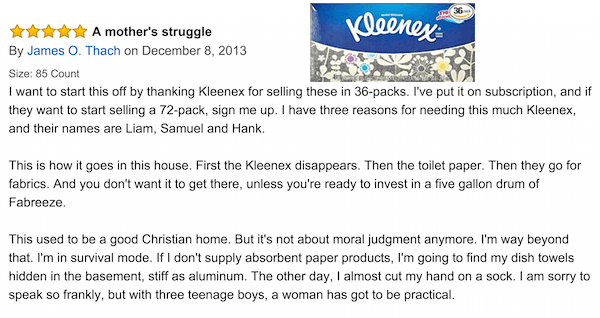 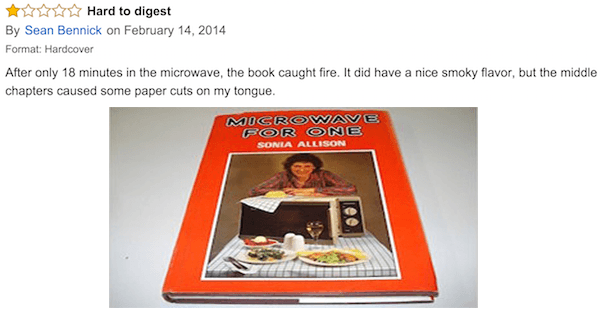 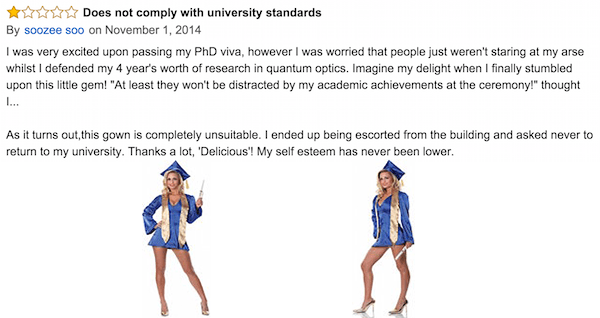 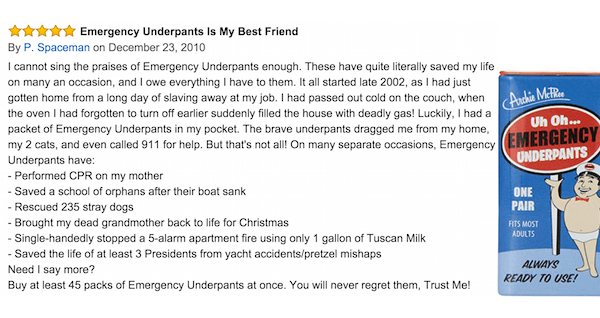 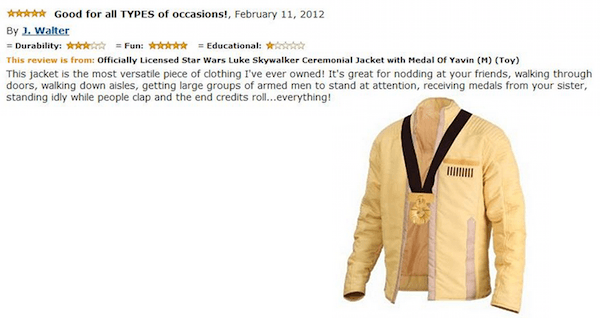 Liked these hilarious Amazon reviews? Try hilariously awful items you can actually buy on Amazon, or side-splitting Yelp reviews that get five stars for creativity. And be sure to like Runt on Facebook!