Neighborhood Children To Raisin House: “Knock It The Fuck Off!” 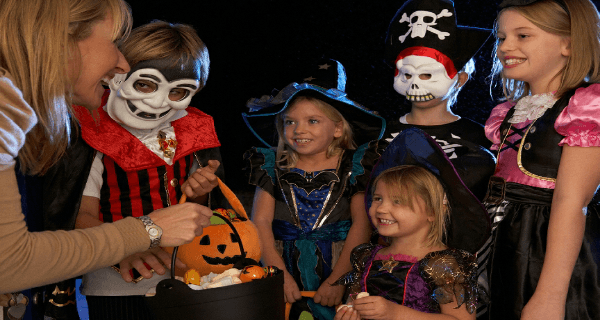 “Your treats are bad and you should feel bad.”

For most children, Halloween is a holiday filled with joy and candy-related ADD, but for an unfortunate few, it is a time of bitter disappointment. Every town has one house that cruelly gives out healthy snacks for Trick or Treat, but this Halloween, the kids of one neighborhood are taking a stand. A group of Chestnut Avenue youths have allied themselves with children from the nearby Oak Street and Birch Lane to deliver a clear message to retirees Mr. and Mrs. Smith of 27 Chestnut Way: Stop with the fucking raisins.

“It’s ridiculous,” commented 10-year-old Billy Webb, who became the de facto leader of the group after besting rival Ricky Swanson in a grueling battle of who-can-poke-the-most-poop-with-a-stick. “Every year these two try to con us with, like, actual food instead of chocolate. Frankly, it’s insulting.”

“I’m not saying that anyone is going to egg their house over this,” added 8-year-old Huey Suggs, “but if their house does get egged, they’ll have only themselves to blame. Themselves, and the store that sold me the eggs.”

The Smiths, both in their 80s, started giving out raisins three years ago, an act which the children initially overlooked as a mistake. “We thought they must have run out of Snickers or something and just started giving out whatever they had around the house. I mean it happens. Some old lady gave me ketchup packets once,” explained Webb. But when the Smiths gave out raisins again the next year, he and the others knew something had to be done. “Once is a fluke, but twice? Now you’re just being a dick.”

In order to prevent further loss of treats, the children have spent the past month making their feelings known to the Smiths. “It’s important that when you’re in negotiations like this, you make it extremely clear exactly what your terms are, and what you expect from the other party, in as plain and simple language as possible, so there can be no misunderstandings,” said Webb. “That’s why we’ve spent the last two weeks ringing their doorbell and running away. Oh, and my brother shot their dog up the butthole with an air rifle.”

It’s unclear yet whether the Smiths have fully understood the implications of their actions, but if reports from Maple Crescent’s 9-year-old Tommy Skinner turn out to be true—that Mrs. Smith had been seen at Walmart “buying like 100 pounds of raisins and she was laughing and spitting on them while they loaded them into her truck and then she ran over some kid on purpose my cousin saw the whole thing”—then it would appear that once again, the children of Chestnut Avenue will be going hungry.