Wes Anderson Slated To Direct “Triumph of the Will” Remake 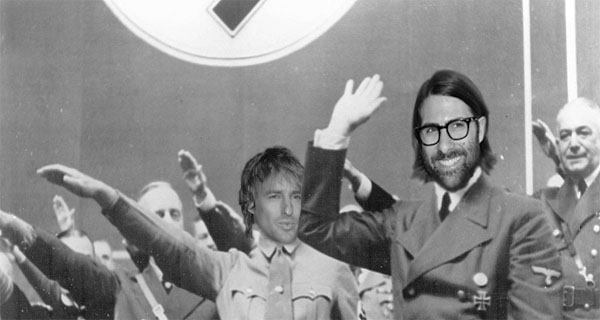 Admittedly lacking in ideas for original movies and trying to capitalize on the increased popularity of fascism in America, Paramount Pictures announced plans to release a reboot of famous Nazi propaganda film Triumph of the Will. Wes Anderson is slated to direct, while Jason Schwartzman has been cast to play Adolf Hitler.

“We felt the timing was right,” said Paramount CEO Brad Grey. “And we love the quirky, whimsical edge that Wes will bring to this chapter of history.”

He continued, “Besides, we didn’t have any other ideas.”

Anderson is known for his love of nostalgia, which is what initially drew him to the project. Anderson, however, says that upon finding the original film lacking a plot beyond Nazi world domination and German nationalism, he decided to add a love story between “self-deprecating loner, Adolf Hitler” and the flighty, coquettish daughter of his rival (murdered Sturmabteilung leader Ernst Rohm), to be played by Kerry Washington.

“At first, Hitler just doesn’t think Caribou Rohm could possibly fall in love with his dead-pan wit and child-like imagination. Plus, he had her father assassinated. But there’s a ten minute long scene where both characters howl at the moon without speaking a word, during which they realize how much they have in common.”

The climactic scene will feature a tracking shot of Schwartzman stopping mid-speech to run through a pastel-colored Nuremburg rally, and into the arms of Caribou before finally being reunited with a long lost son, played by Owen Wilson.

In the course of settling on the Triumph remake, Paramount had toyed with a number of other ideas. Grey stated, “Seeing how Hollywood already has eight the Fast and the Furious movies, nine X-Men movies, a female Ghostbusters, a black Caddyshack, and a Nicolas Cage Wicker Man, another reboot was the clear way to go. Triumph of the Will beat out potential productions of Michael Bay’s The Jazz Singer and a Terms of Endearment remake using only CGI dogs. An original script was out of the question.”

Gwyneth Paltrow is rumored to make a cameo appearance as Eva Braun, and Bill Murray recently accepted the role of every other character.

Daft Punk will score the soundtrack.