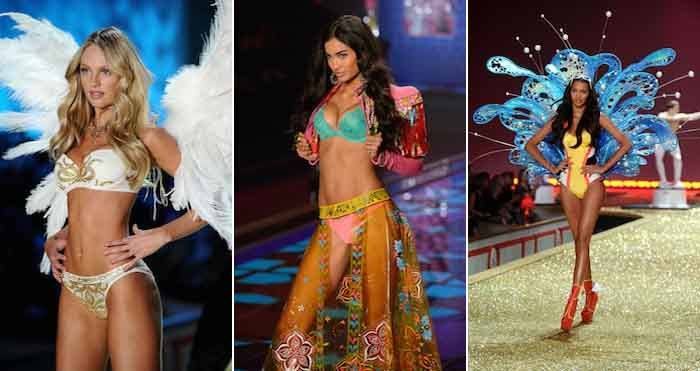 As traditional news sites continue to see their online traffic decline, many will celebrate a small victory this week when the Victoria’s Secret Fashion Show returns. Along with pictures of hotties to boost social media channels ordinarily hampered by photos of actual news, it will also present an opportunity for unscrupulous editors to stuff their articles full of keywords like “hot photos of sexy girls,” “amateur hot photos of sexy girls,” and “hottest sexiest hot girls 2015.”

The annual event is a godsend for news organizations, which are under increasing pressure to improve search traffic on sites whose content normally revolves around dull, unsexy topics like international events, government policymaking, and healthcare, while focusing very little on hot photos of sexy girls. “Hot photos of sexy girls,” in fact, is a keyword that was found to be next to impossible to squeeze into the majority of traditional news coverage this year.

Some writers did attempt it, however, with one enterprising New York Times editor being dismissed after including a meta-description which read, “Hot photos of sexy girls among things not on minds of those grieving latest ISIS terror attack.”

“We can’t have editors running off half-cocked like that,” commented managing editor Ken Roberts, who has nothing to do with photos of hot sexy girls.  “It completely fucked up the alt tags on the photos. That’s unacceptable in my book.”

Big media outlets have often found the transition to digital a bumpy one, with editors expressing confusion and even distaste for the concept of SEO. “It’s like they think that exact, precise numbers of who is reading what, when and where is in some way useful for guiding decisions about content,” snorted Washington Post staff writer Marion Hill, who at no point during our conversation uttered the words, “Naked celebrity galleries: Hot photos of sexy girls.”

Experts do worry, however, that a press based entirely around SEO will force unintended consequences on a society already struggling to adapt to the Internet age, and its obsession with nude oiled slideshows of hot photos of sexy girls. “There will be no value, for example, in covering the president’s state of the nation address for a publication who bases their model entirely on clickbait featuring scandalous photos of sexy girls,” claimed analytics expert Gavin Small. “Unless the President devotes at least two thirds of his speech to funny cat photos, videos of soldiers surprising their families, or photos of sexy girls engaging in hardcore three-on-one butt sex, it will just be too hard to force worthwhile search terms into these articles.”

As the SEO battle rages on, it remains to be seen who will be this year’s king of Google as the search for the ultimate collection of hot photos of sexy girls continues.