Why White People Need To Stop Talking About “Formation”: By Me, A White Person 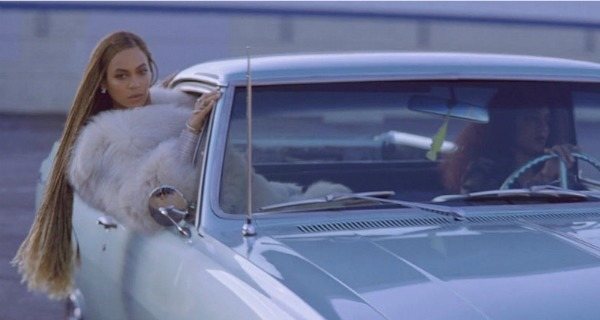 A still from “Formation,” which I will not spend the next 665 words discussing.

On February 6th, Beyoncé dropped the music video for her new single “Formation.” It’s a stirring anthem that reflects on the strength and power of the black community, particularly that of its female members. Full of powerful images of the black South, along with scenes reminiscent of the brutal murders of those like Tamir Rice and Trayvon Martin, it couldn’t come at a more important time.

As tempting as it is for us white people to offer our own commentary, the video is not “for us,” which is what I will be commenting on at length right here in this article. There have been many amazing pieces written about this same subject by black writers, but I’m not going to link to them here, because it’s not my place as a white person to discuss their take on this historic video either.

Let me talk now about all the things I’m not going to talk about: my opinion on the video (but if you’re curious, I will say that it’s baller), or Beyoncé’s choice to sit atop a sinking cop car (again, it’s not my place to discuss my theories on it, but if you were to ask me, I have a few, which are only half-formed and based on headlines I’ve skimmed through: something about being baptized, something about cop cars, but also maybe just something about water safety?). I’m not going to talk about or list any of those theories though.

What the black community needs right now is for white people like me to sit back, and stop talking. Which is exactly what I’m doing in this 665 word Think Piece.

I could gracefully lend my support as an ally. I could supportively decry those who call the video “aggressive” or “distasteful.” Those sound like fine things to do, but what I am definitely not going to do is use a groundbreaking video that illuminates the black experience as my personal opportunity for self-promotion by adding my voice to a conversation that doesn’t need more white voices chiming in. I’m just not that kind of person.

I’m choosing to not talk about “Formation” because I owe at least that to the black community. And they don’t owe it to me to make me feel like a good person for being on the right side of the issue. By all means, if my black friends want to comment or share this article, that would be totally cool and I wouldn’t discourage it.

I don’t know what “hot sauce in my bag” is referring to exactly, so it’s definitely not my place to wax platonic about the fact that I think maybe it’s an allegorical comparison to concealed carry laws and the double standard with which they apply to the black community. Even though I think that theory is super interesting and people might want to hear about it and say, “Hey, what an interesting point you have there!” I’m not going to spend an entire paragraph writing about it.

Also, as a white person, I can say that this is a great jam that crosses racial boundaries, but also that I have definitely never sung the lyrics out loud or tried to learn the dance in my living room.

I could spend my energy tearing Giuliani apart, or listening to what my black friends have to say about it, but instead I’m going to take the time to write about not writing about this amazing video. Rather than inserting myself into the conversation, I’d like to start a new conversation about why this isn’t our conversation to have, and I hope you’ll all join in on that conversation. This will most likely create even more conversations, which is a whole other conversation we need to have.

Also, if you could just share this piece so that other white people can join in on the discussion about how white people don’t always need to be a part of every conversation, that would be awesome.