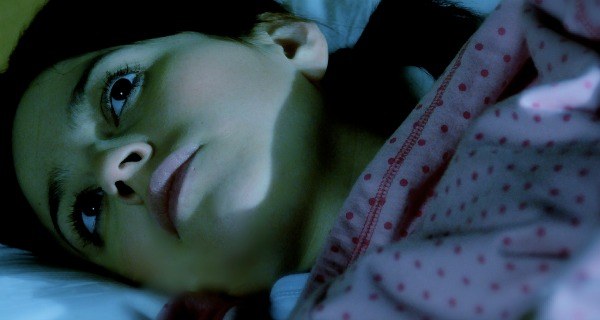 An Oregon woman having difficulty sleeping was eventually able to conquer her insomnia last night, following countless hours spent “just lying there, staring at nothing.” Playing in a non-stop loop in her mind for what felt like hours, the Salem resident was eventually soothed into a slumberous reprieve by the unrelenting memories of every stupid thing she’s ever said over the course of her lifetime.

“At first it seemed like they were going to keep me up forever, but I think eventually my brain just became totally exhausted,” said Aiko Richards, 29, of the thoughts which eventually carried her off to sleep. “Or maybe it was some kind of biological response, like when some people pass out at the sight of blood.”

Like a soundtrack she was unable to turn off, Richards was taken on a tour of her most cringe-worthy moments, with each embarrassing memory reminding her of something even dumber she had said since then.

“I started out obsessing over the time I rolled the R in my name while speaking to a Peruvian woman, and before I knew it I was regretting that fucking comment I left on that comedian’s Instagram post from 17 weeks ago all over again,” Richards stated.

“It even went all the way back to my childhood…like that time my friend’s mom yelled at me at her third grade birthday party, or when I brought that weirdly priceless family heirloom to show and tell and everyone else had, like, their stuffed animals and the teacher kind of implied I shouldn’t have brought it.”

To her surprise, this restless display of shame-based anxiety would eventually yield to an equally restless sleep, reaching her at some point between “accepting the fact that she’s a human being just like anyone else,” and “wishing she could just turn into one of those flies that only lives for 24 hours.”

“Before long I felt like I was almost in some type of meditative trance or something, except instead of feeling connected to a power larger than myself in existence to comfort and support me, it was more like a waking nightmare that sucked,” Richards recalled. “Whatever.”

“It was really weird though how my mom’s face and voice kept showing up intermittently,” she added. “I don’t know what that was all about.”