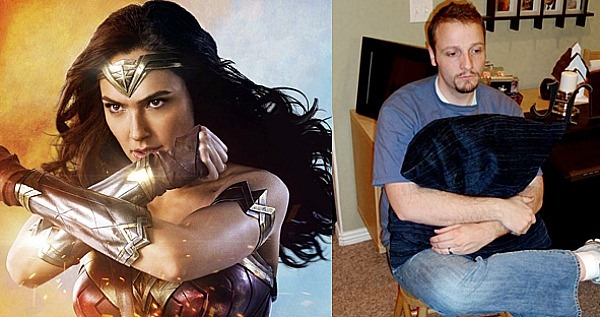 News that the Alamo Drafthouse Cinema celebrated the release of Wonder Woman earlier this month with women-only screenings has left many men reeling in the aftermath, causing both outrage and boners across the country.

Upon the theater’s announcement to honor DC Film’s first female-lead feature, many took to the internet to voice their frustrations. One Reddit user who goes by the name Killary69, demanded to know the reasoning behind the theater’s decision, and also wondered what the women would be doing in there “all together like that.”

“This type of discrimminaton [sic] really gets me fired up,” he wrote on a Reddit thread. “It doesn’t seem right that all those woman [sic] should be all together in that dark theater playing with each other’s hair or having pillow fights or whatever it is that they’ll be doing. A female-only screening of a movie like this really grinds my gears, imagining all those tickle fights I’m missing out on.”

Although there were literally dozens of other theaters showing the movie on multiple screens, some men still claimed that not allowing men to the screening was sexist and discriminatory.

“Oh sure, a screening only for women, that’s totally sexy, err, I mean sexist,” one man, who chose to remain anonymous, said nervously. “If it were the other way around it would be reverse cowgirl, err, I mean reverse sexism. You would have ladies bouncing up and down, err, I mean, up in arms over this.”

“It’s an outrage that me and my penis are excluded from seeing this movie with all those lovely ladies,” he added, while facing the wall to adjust his pants.

Another man claimed his reaction to the all-female screening was based out of his concern for the ladies’ ability to follow along with the movie.

“Comic books can be very complicated, you see,” he explained. “There are these things in comic book lore called origin stories, and what if the women don’t understand? Who will be there to explain it to them by delicately moving their hair away from those soft shoulders and long, elegant necks to whisper into their ears?”

A representative from Alamo Drafthouse reported that the all-female screening was a huge success.