“I Want To Believe”: X Files Fans Trying Really Hard To Be Excited About Middle-Aged Sex 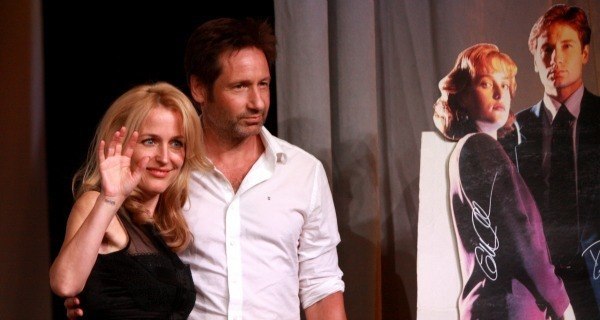 While critical consensus seems to be that The X Files: Season 10 started off shaky, it has only improved as the season continues, with many noting that Gillian Anderson and David Duchovny’s chemistry has steadily continued to grow as the series advances. Fans of the early seasons fondly remember pining over the dynamic duo, wishing fervently each episode that the two would just fucking bone already.

Now, thankfully, it seems that their signature sexual chemistry might finally be ignited again, and fans have one thing to say about it: “Mleh.”

Duchovny and Anderson, who are now 55 and 47 respectively, have talked extensively about their deep and abiding bond with one another—something that led to steamy hot sexual tension when they were pert young adults, but now as middle-aged 50-somethings “is kinda weird and gross,” according to superfan Neil Barnard, 22.

Though the pair look as if they have barely aged a day since the show’s prime, their previously tween-aged fans—now in their late twenties—just aren’t finding that same puberty-induced lust for the couple anymore. “It’s like something changed,” says Barnard, “but it’s definitely not me. It’s gotta be that they’re old, and as we can all agree, old people are generally disgusting, no matter how hot they are.”

Even though both Duchovny and Anderson have aged gracefully, Barnard says, “It’s like…they used to just be so goddamn fucking hot. Now? I might describe them as ‘suave,’ ‘well-coiffed,’ or ‘comely,’ but definitely not ‘unadulterated sex magnets.'” Though Barnard reminisces fondly about fervently jerking off to Dana Scully as a 13-year-old, now, he says, “You could write an entire X-Files episode about where my balls are hiding when I think about her. I mean my dad called her a ‘handsome lady.'”

The slightly overweight Redditor — who lives with his elderly mother — noted, “I mean, she’s not bad. But she’s no 23-year-old, that’s for sure. If she could have just taken better care of herself, tried a little harder to stay young by existing outside the space time continuum like a vampire or something…that would have been better.” He pondered a minute before elaborating, “Duchovny still looks like a baller, though.”

President of the “Official X Files Fan Club” Google Group Max Levitz laments, “I remember when they were just totally bonetastic. But I just can’t bring myself to describe anyone over the age of 50 as ‘slammin.'” When asked if Levitz considers it at all weird that when Scully was in her “smokeshow” prime, he was only 12, he replied, “Yeah, I mean, a 12-year-old lusting after a grown woman? Happens all the time. A 30-year-old man drooling over a 50-year-old? Gag me.”