Alabama Secedes From Alabama in Wake of Confederate Flag Order 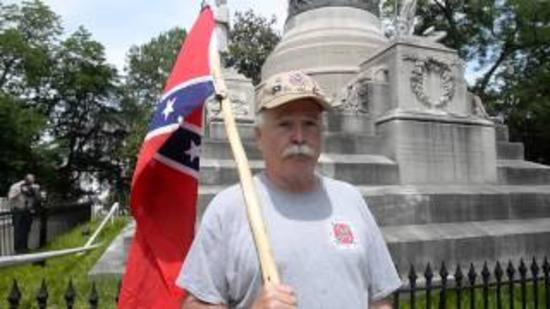 Moments after Governor Robert Bentley ordered the removal of Confederate flags from Capitol grounds, the state of Alabama unanimously agreed to secede from itself.

In an unprecedented move, Alabama declared that it wants nothing more to do with itself on the basic principle that a state’s wrongs should never trump states’ rights.

“Up until now, I was proud that we’d become one of the top 50 states in the whole country,” stated Brian McGowan, an avowed Alabama spokesman. “But taking down the Confederate flag was an affront to our unfounding fathers.”

“Besides,” he added, “the Civil War wasn’t about slavery so much as it was about maintaining white supremacy. Anyway, I don’t know what happened to us.”

“One day I wake up in a state that’s always said my race is better than everyone else’s, and the next I’m forced to drive to work without seeing government-sanctioned reminders of that claim,” said Gary Adney, a resident of Mooresville. He sighed and added, “It’s starting to feel like Americans don’t appreciate the value of race-based caste systems anymore.”

While Alabama has yet to announce a plan for how its government will operate without itself, insiders expect the now-stateless state to thrive on a robust economy fueled by Kickstarter donations from the same benefactors who funded George Zimmerman.