Things I Wish I Had Known Before Purchasing This Falcon 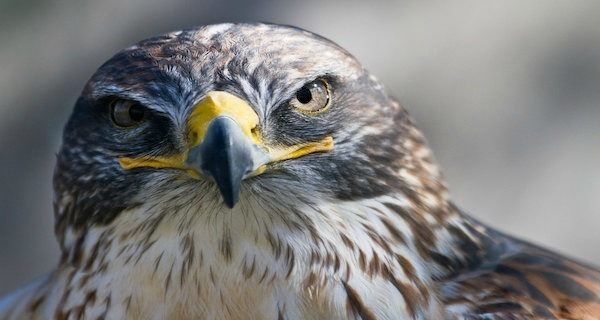 As most of you know, I recently spent a considerable amount of disposable income on a Peregrine Falcon, or “Albert.” And during my time with Albie, I’ve realized there are several key falcon facts I wish I had known about these majestic creatures before making this significant commitment. These facts include, but are not limited to:

I’m gonna be honest; I didn’t even know what a “talon” was before all this. Now I do. I really do. And I know—just more evidence that this was yet another “hasty and ill-informed decision” on my part. I get it. Don’t you think I’ve been through enough?

2. Falcons are extremely difficult to tame

I’m not above admitting that many of my most trusted friends and family warned me of this very fact, but the promise of near-constant falcon-companionship and grandiose entrances at work functions and dinner parties proved too great a temptation. You were right. I was wrong. Let’s move on.

3. Falcons are the fastest members of the animal kingdom, measuring speeds up to 240/mph in high dive flight

Doris, I am truly, truly sorry. Had I known Albie could do that I would never have left you alone while I went to the bodega for more medium salsa.

4. Falcons can and will attack, often with intent to kill or blind

Again Doris, so sorry. If you ever need anything—anything at all— I’m totally your guy. Just call me Mr. Guy. Mr. Guy whose falcon tried to blind you. Or just Mr. Guy if that other one is too long. What? Stop talking? You got it, Doris.

You forget that he doesn’t like cashews one time —one time— and next thing you know he’s trying to bite off your nose every time you close your eyes to sleep. And then just when you think he finally forgot — nope — he’s just lulling you into a cruel sense of false security. God, I’m so tired.

But that’s nothing new in my life.

When I taught Albie about the nuances of human social mores I never for a second thought he’d use them against me. Suffice it to say I can never show my face at Trivia Night ever again.

I don’t think I’m alone in my surprise on this one. I’m still not sure how he obtained access to floor plans and my ADT code, nor do I know how he located— or even knew the significance of— my passport. But if you see him please tell him I really need it back.

Maybe I could have let some of the other stuff slide, but who doesn’t like jazz?? Falcons, that’s who. They should really make that clear at the port-side warehouse where I got him before you buy.