Major Street Closed To Accomodate 17 Girls Walking In A Line 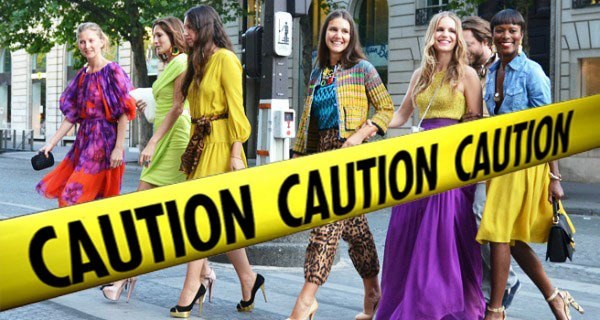 What began as a small group of girls out to brunch last Sunday quickly escalated to 17 of their closest friends walking abreast, causing the closure of a major thoroughfare.

The resulting line formation held up traffic on the boulevard for nearly five hours, creating significant delays. After a handful of citizens sustained minor injuries from being pushed out of the way by the solid mass of humans making slow but relentless progress down the street, the Mayor’s Office announced the difficult decision to shut it down.

Local witness Mike Dunn recalls, “At first, they were at least moving at a steady pace, so even if you couldn’t get around them, you could keep making forward progress.”

When the girls stopped in the exact middle of the street to look at each others’ photos of the brunch on Pinterest, it became a total gridlock. Says Dunn, “There was absolutely no way to navigate through the wall.”

“They started off by restricting themselves to multiple rows on the sidewalk,” says fellow witness Keisha Manning, “but then the girl in the middle tried to take a group selfie, at which point, it was over.”

However, those within the brunch group were not safe from turmoil either. Perhaps the day’s most harrowing moment came when high school senior Lindsay Knight, third from the end of the line, encountered a street-side mailbox. “It was a disaster…I didn’t know if I should go around or try to scooch part of the line closer together to make a gap,” says Knight.

Reports indicate that Knight chose the former option, leading to her subsequent exclusion from her group of friends. “They just kind of closed the gap where I used to be. I had to, like, jog-walk two steps behind them for the rest of the day, trying to squeeze back in. It was awful.”

Hannah Austin, furthest away on the other end, reportedly spent most of the morning trying to understand the conversation going on near the middle. After nine failed attempts at yelling “Sorry, what?” in order to be heard, Austin reports that she eventually “gave up and just laughed every time it sounded like someone was done talking.”

When asked why all seventeen of them needed to proceed in one straight line, the girls responded, “What?”