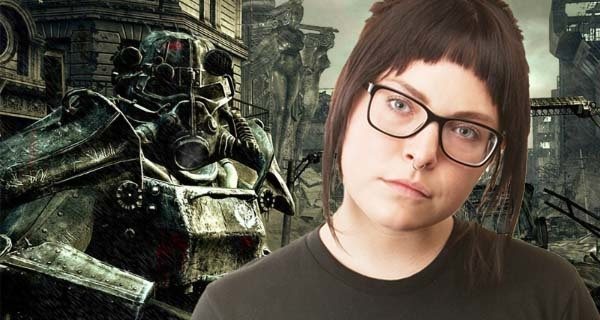 Amy Smith of Detroit, Michigan found herself among the millions of gamers who purchased Fallout 4 on the day it was released. Having finished the game after more than a month of non-stop playing time, the 23-year-old braced herself to leave the fantasy hellscape of gun-toting maniacs and return to the real one.

As she faces her re-entry into the current American landscape, Smith says she’ll miss the imaginary villains most. “With all the mass shootings happening lately, it was nice to escape to a world where the biggest dangers are deathclaws and irradiated scorpions the size of a Prius. Sure, you get the Brotherhood of Steel trying to eradicate the super-mutants, but at least they’re significantly less terrifying than a delusional white 19-year-old with access to semi-automatic weapons,” said Smith. “It was just a much needed break from everything.”

“Plus, the irradiated rubble of retro-futuristic Boston is downright calming compared to my morning commute,” she added.

However, the game’s crumbling, abandoned buildings and mutant criminals aren’t the only thing that Smith will miss about playing Fallout 4. “The food in the game looks a lot more appetizing than what I normally eat,” said Smith, “Sure, all of the food in Fallout is poisoned to some degree, but it looks way more appetizing than the Double Decker Taco Supreme I ate for lunch yesterday.”

Despite her disappointment at the prospect of rejoining society, Smith remains optimistic about the future. “There are still some side quests I could do, and there’s DLC scheduled for next year,” says Smith. “Thank God for that. After what happened in San Bernardino, I look forward to escaping back into a world where people use bottle caps for money and cows have two heads. At least that world makes sense.”