There’s A Robot That Can Beat The World Champion Of Go, And It Must Be Destroyed 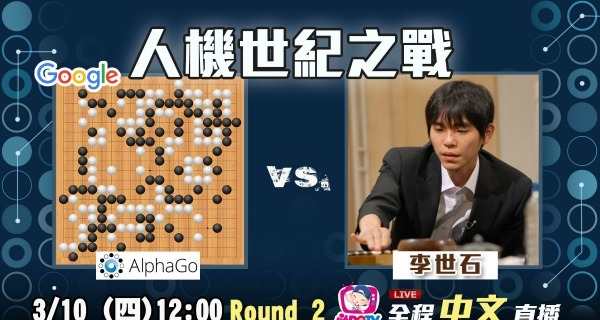 Earlier this year, a robot called AlphaGo and a human called Lee Se-dol faced off in an epic battle of man vs. machine. In an ending that was exactly the opposite of the conclusion of the films Terminator and Terminator 2 (maybe the others as well? I haven’t seen them), AlphaGo defeated Mr. Se-dol four times in five matches. They must not be given the chance to compete a sixth time.

Some readers may ask: what is the Chinese game, “Go”? Well, consider Chinese Checkers. Far more complex than standard Checkers, no? Now apply that same concept to Chess. Chinese Chess. Sounds hard, right? There’s a ROBOT now that can defeat the best HUMAN, and it must be destroyed.

AlphaGo is a computer program created by programming group Google Deepmind. It is designed to learn based on its experiences. It represents one of the most significant developments in artificial intelligence to date, and it must be eliminated post-haste.

Why make them better at stuff than we are? It’s just a matter of time until they realize they don’t need us. We must strike first.

Go is considered to be one of the four arts of the Chinese scholar. If we do not destroy AlphaGo immediately, who’s to say it won’t also master calligraphy, painting, and an ancient wind instrument called the Guqin? I have no idea how to play the guqin, and I would certainly be intimidated/emasculated by a robot that does. I won’t stand for it.

Seriously, though — what next? A tennis robot that can beat Serena Williams? A boxing robot that can out-punch Floyd Mayweather? A robot that is douchier than Tiger Woods? A Playstation that plays itself? An x-ray machine that can see into our souls? Where does it end??? AlphaGo must die.

When everything is exceptional… doesn’t that mean nothing is?

If the United Nations and/or United States government will not take drastic and immediate action, then I will. If anyone would like to support this mission, please decipher the following message (written in code) and follow its instructions: