Real Talk: I Just Wanna Randomly Pick A Spot On A Map And Go, But Not To Any Of The First Nine Places I Picked 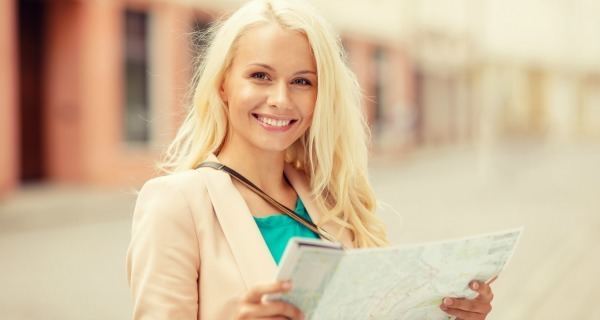 Pictured: Me, traveling, but not to places that are gross or far away.

I’ll admit it: I’m a free spirit. Within my friend group, I have a reputation for being that girl who just can’t be tied down; who likes spontaneously running around in rainstorms, who’s always talking about buying a farm and moving to Maine, who went to Bonnaroo in 2009.

Who can say if it’s “the right way to live?” All I know is, if Jack Kerouak and Alan Ginsberg were still alive, we’d be a modern day Wilson Phillips. In an effort to further eschew the corporate bonds of society, I’ve made up my mind: I’m going to just pick a spot on a map and go there, no questions asked, but not to any of the first nine places I picked.

When I first decided to truly embrace the wandering spirit inside me, I said to myself, “Self? We’re going to just take that globe down off the shelf in daddy’s office and spin it good.” Unfortunately my finger landed directly on Aleppo, Syria, so as a rational person, I’m sure you can understand why I had to spin again.

I assure you, I was completely down to go wherever my finger landed next – I’m just the kind of person who takes what life throws at me, no holds barred. That is until my finger landed on Malawi. Don’t get me wrong, it seemed beautiful. It just seemed – and please don’t misunderstand me here – kind of…poor. I’m certainly not the type of person to criticize someone else’s way of living. But it doesn’t mean I need to randomly hop on a plane like I said I would and risk my own life.

With that out of the way, it was time to spin again. I feel like my whole life is waiting for me – as I always say to my 16 twitter followers, “not all who wander are lost.” Unfortunately, the next place I landed on was Detroit, and I don’t think I need to explain to you why I’m not fucking going to Detroit.

After that, I proceeded to land on Cando, North Dakota (boring!), Gwangju, South Korea (I’m just assuming South Korea must be pretty close to North Korea), Vancouver, Canada (I have a deep-seated fear of Moose, and I choose not to discuss it, which is my right), Midland-Odessa, Texas (ugh), and Volgograd, Russia (I didn’t Google it, but I’m 100% positive it’s impossible to actually get there).

I’ll quell my Wanderlust soon enough, though – when I eventually land on Costa Rica, I’ll be out of here, wherever the silly road we call life carries me.