Real Talk: I Tried To Join A Cult, But Accidentally Joined A Skincare Pyramid Scheme! 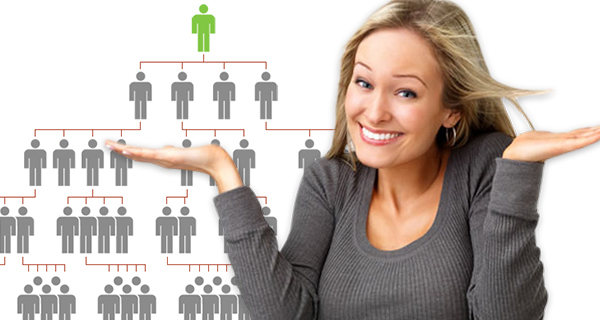 I never thought it would happen to me until it did: I woke up in a cold sweat at the tender age of 35 and realized I was stuck. I’d been wearing the same pair of sweatpants for five days, and couldn’t remember the last time I had a meaningful interaction with someone above the age of four. I needed to do something for myself, my family, and my sanity, and I needed to do it fast.

Joining a cult was the natural choice.

I’d watched my friends phone it in at church or synagogue for years – just going through the motions, you know? I wasn’t going to be another lily-assed Unitarian Universalist. If I was going to commit, I was going to commit. I wanted the whole nine yards – secret rituals, false promises of unimaginable riches, the guarantee of alienating every one of my friends and family.

But then the unthinkable happened: I accidentally joined a skincare pyramid scheme instead.

It had all the trappings of a cult: when they asked me to invest at least $2,000 of my own money every month with no promise of a guaranteed return, I said to myself, “now there’s a frighteningly shady organization I can really throw myself into.” It checked off so many of my cult-search boxes: the requirement that I spout totally unsupported data and information to anyone who would listen, my promise to subject my body to a potentially dangerous crackpot regimen, and the unbridled fury I unleashed anytime anyone questioned the validity of my new company.

And as a total bonus, it shamelessly targeted stay-at-home-mothers who feel unfortunately inadequate about their family contributions, and preyed on these insecurities to steal their money.

I was told I could say I was a “small business owner,” despite not owning a single share in the company. Surely this bore striking similarities to being able to claim priesthood, sainthood, or any other trappings of reputable cult delusion. It seemed like I had found my modern day Heaven’s Gate!

But then it all began to crumble around me.

Sure, I was still spouting falsehoods about the “differences” between pyramid schemes and multi-level marketing, but my heart just wasn’t in it anymore. Where was the animal sacrifice? Where was the shadowy unknown leader? Posting nine thousand photos of me and my “lifecare sisters and I” smiling around “complimentary” gift bags is all well and good, but it’s just not the same as chanting in the basement of an ancient temple. Maybe I was naive to expect more, but pretending to win a brand new luxury car just isn’t the same as killing an actual real live goat.

I spent a while stumbling around in the dark – posting passive aggressive Facebook statuses about “people missing out on amazing ground-level opportunities,” arguing with anyone who showed me statistics proving that under 30% of consultants actually succeed in making any money at all. At one point, I was a consultant for a skincare brand, a fitness MLM, a beauty regimen, and an incredibly vague lifestyle group, but it all felt hollow and meaningless.

I was about to call it quits and just become a Scientologist when something amazing happened: I couldn’t call it quits. I was literally not allowed to leave my company, and on top of that, discovered I was now over $70,000 in debt. For some reason, the realization that I was forcibly compelled to stay on the inside totally reinvigorated me. I’m now happier than I’ve ever been!

And I wouldn’t want you to miss out on this AMAZING OPPORTUNITY! There will never be a better moment to step into greatness. Create your own future! 2016 is going to BLOW YOU AWAY. Today is the day. Seize it.