Are you excited for the new Star Wars movie? You bet you are! And why wouldn’t you be? Of the six existing films, two are good, one is passable and three are among the worst movies ever made. With a batting average like that, the only way to go is up! On the downside, that collection of distant relatives, former co-workers and people you don’t speak to from high school that you call your Facebook friends are definitely going to completely ruin it for you. Here are the five people you’ll probably have unfriended by the end of the week.

1. The one who went to the earliest possible screening and has never heard of spoiler alerts 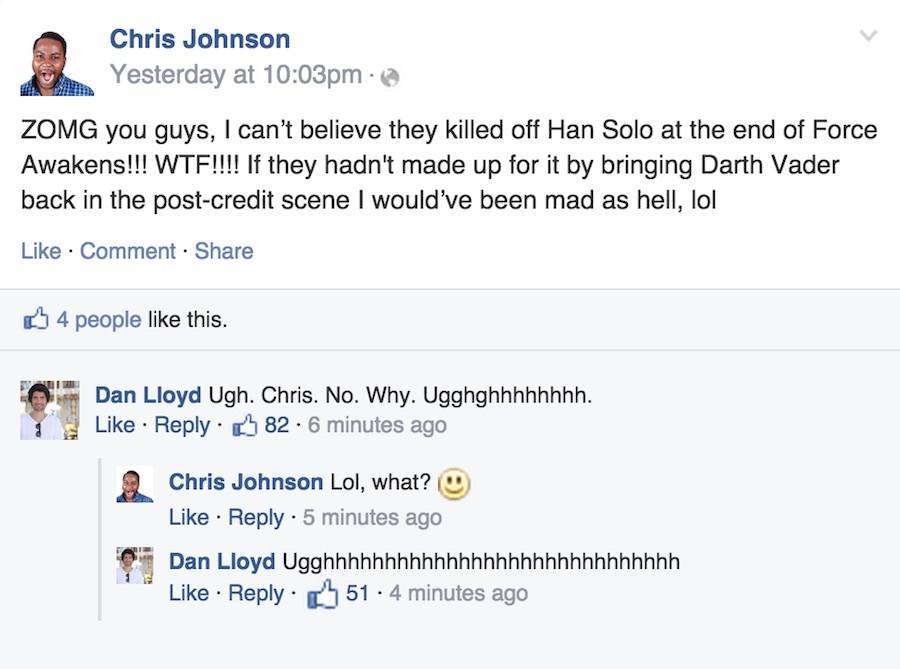 2. The one who uses absolutely anything as an excuse to talk about politics, even Star Wars 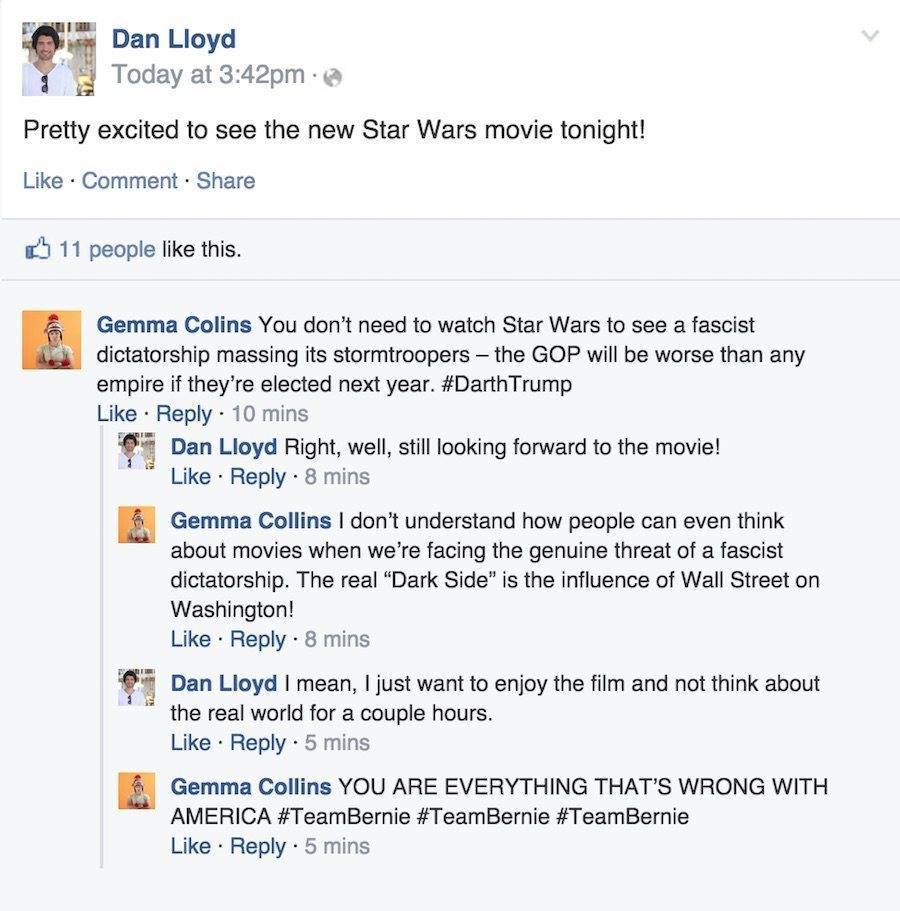 3. The one who just can’t let the prequels go 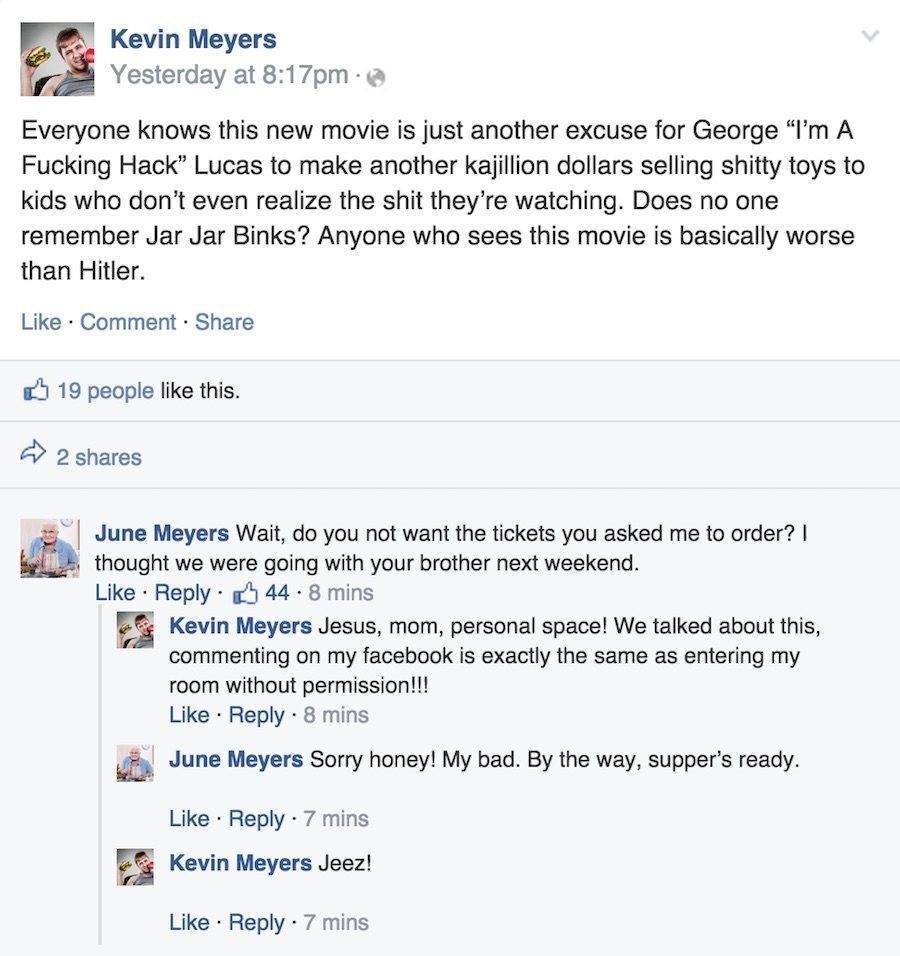 4. The one who thinks they’re cool for “not knowing about Star Wars” 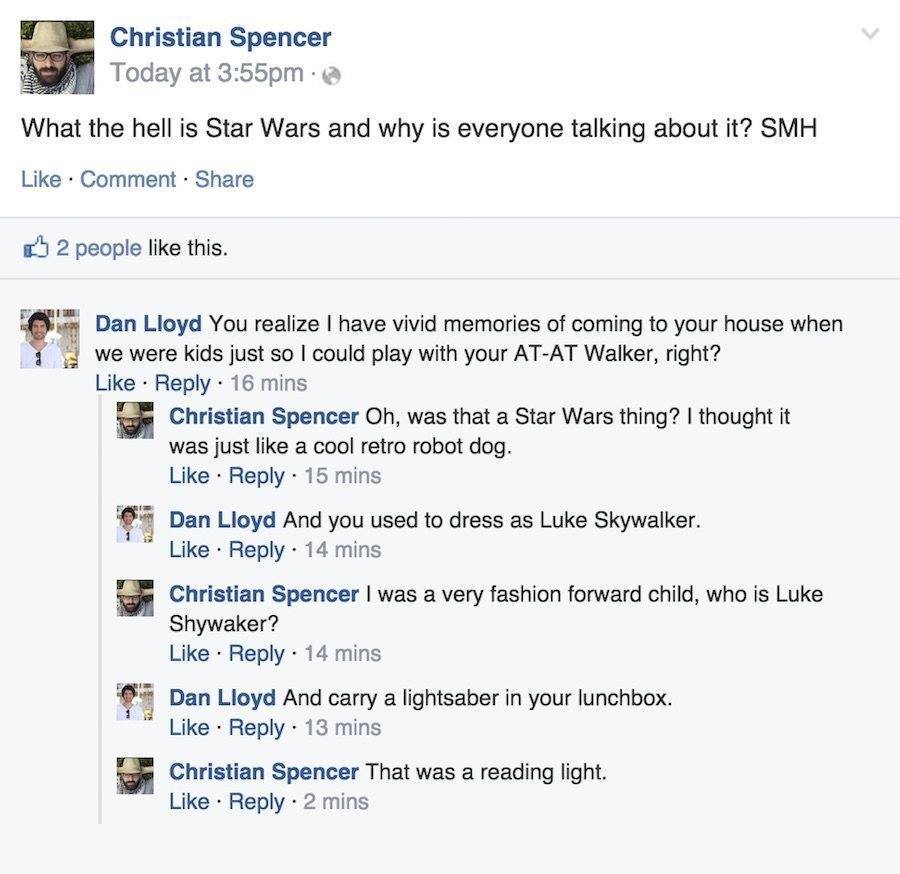 5. The one who hasn’t shut up about the movie since it was first announced and has now reached critical mass 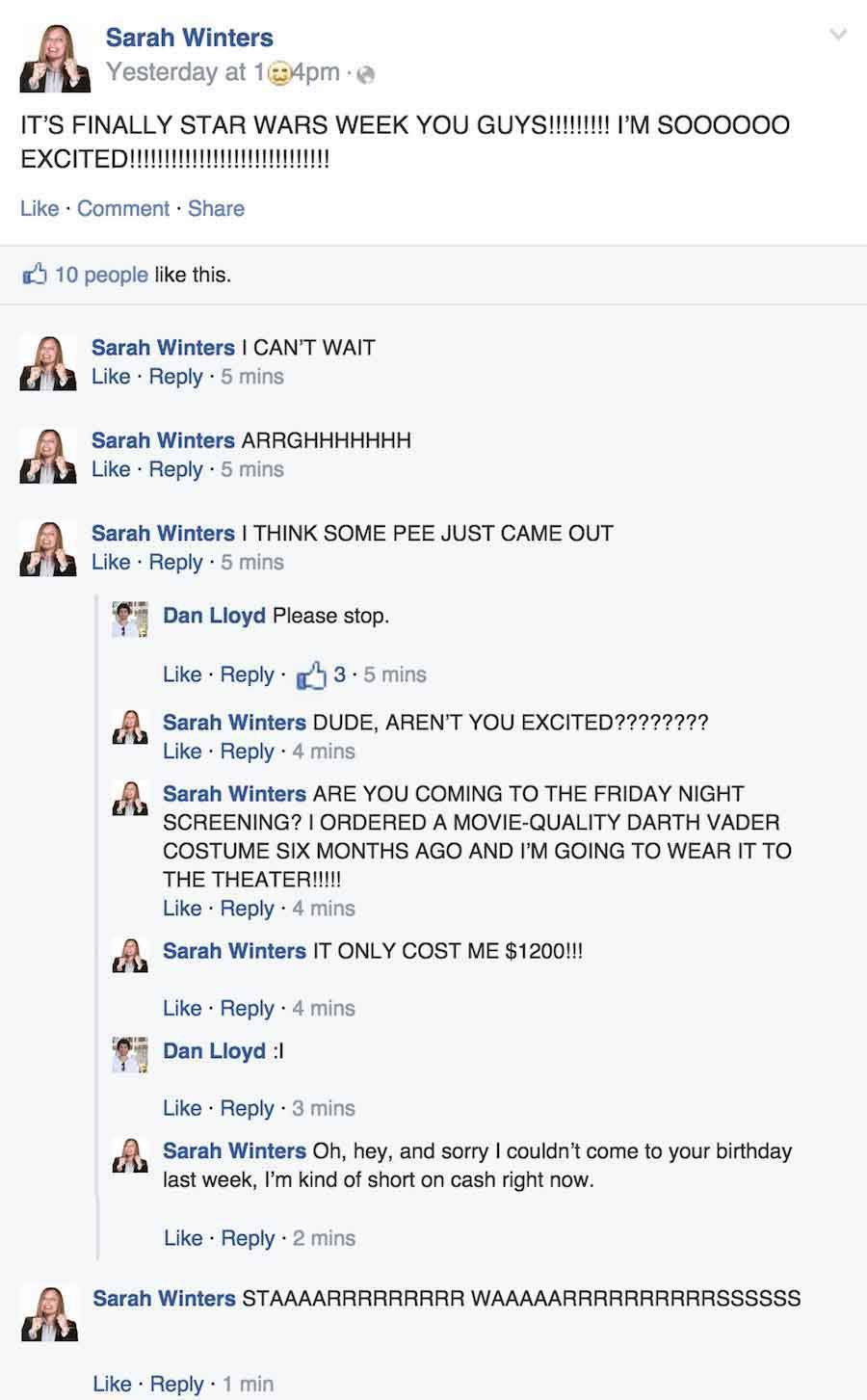 Enjoyed this? Take our in-depth “Which Star Wars character are you?” quiz, or see proof that Mark Hamill writes the best autographs for Star Wars fans.