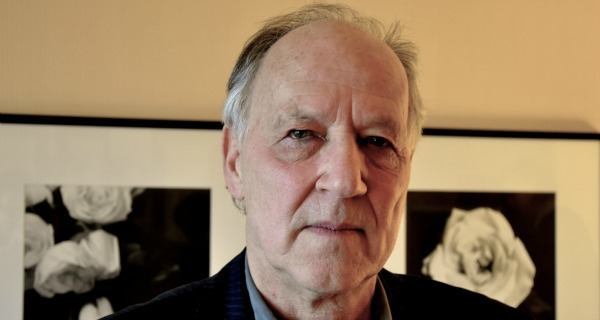 Pictured: Werner Herzog, dreamed up by the public subconscious.

A study conducted by the American Psychological Association confirms what many have suspected to be true for years: Following several decades of intrigue, confusion and allure, recent reports reveal that German auteur Werner Herzog is, indeed, just a figment of everyone’s imagination.

Werner Herzog – an actor, director, producer, author, screenwriter and opera director – has left many fascinated by his poignant use of various conflict archetypes to depict the greater struggles of man, as well as the bizarre anecdotes that have peppered his life, many of which have reached almost mythical proportions. Now, finally, it seems we may have the answers we’ve been searching for.

“Our studies conclude that the persona ‘Werner Herzog’ is actually a pseudonym created by the collective consciousness of the human race,” says psychological analyst Lauren Fishbein, Ph.D. “This ‘Herzog’ we’ve unknowingly created refers to the collective inherent drive to explore curiosity and creativity — essentially, he’s something we’ve had to group hallucinate to make up for how boring our lives are.”

“We’re now contemplating using ‘Herzog’ to define the psychological state in which a human being feels the need to ask meandering, disjointed existential questions about the nature of human existence,” says Fishbein. “For example: were someone to say something like, ‘Isn’t the very core of desire and passion just a harrowing haze of madness and Platonic shadow?’ We’d call that ‘pulling a Herzog.'”

Many have begun using the phrase “Herzogian” to describe other fictional characters, such as The Face Of Boe, Gandalf, Dumbledore, and Patrick Stewart.

Friends, family, fans and collaborators are relieved to finally have an explanation for the Herzog phenomenon.

“That movie where he eats the shoe, I mean, come on,” says film critic Mark Kermode, of the eclectic German director. During a 2005 interview with Kermode, Herzog was actually shot by a sniper, only to dismiss the incident, insisting that everyone continue with the interview. “All this time I’ve been asking myself if that really happened. I mean, even at the time, I was like WHAT IS GOING ON?!??,” he adds. “This explains so much.”

Much of the general public had found themselves dismissing the peculiar ways of the celebrated artist due to his nationality.

“Honestly, I just kind of attributed it all to him being German,” says Herzog fan Jessica Osgood. “I mean, I don’t know if that’s racist or whatever, but I’m pretty sure everyone knows exactly what I’m talking about.”

Sources confirm that everyone does, indeed, know exactly what Osgood is talking about.

“I think people can finally rest easy in knowing that the Herzog we’ve somehow all created together was just a dream,” says Fishbein. “Looking back, I can’t believe we didn’t put this together sooner.”