From the awkward to hilarious fails to the absurdly stupid, we’ve spent a lot of time documenting the hilarious things that go on Facebook. And with over 1 billion users, it’s not what could go wrong, it’s what won’t go wrong. Without further adieu, we present the most ridiculous Facebook posts ever:

Luckily, He Was Still Up

Legend Of The Epic Wingman 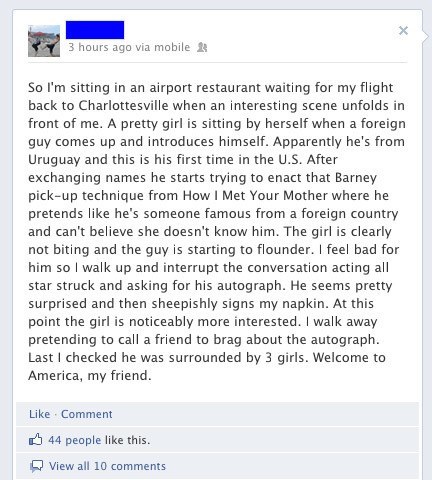 A Whole Cake Does Seem Reasonable 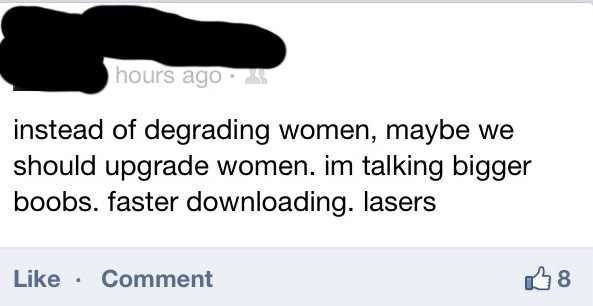 He Does Make A Great Sandwich

He Thought It Was An Anonymous Confession 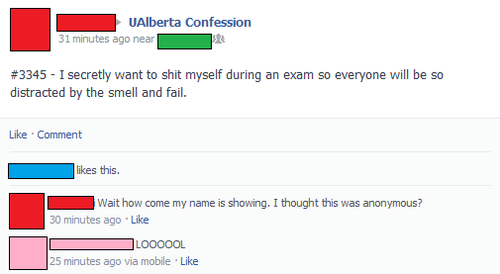 Don’t Lose Your Laptop At An Airport 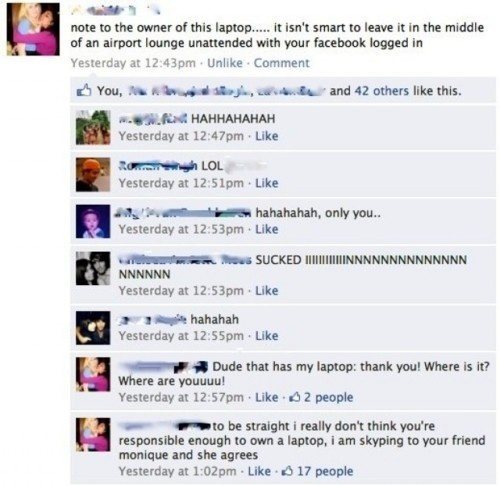